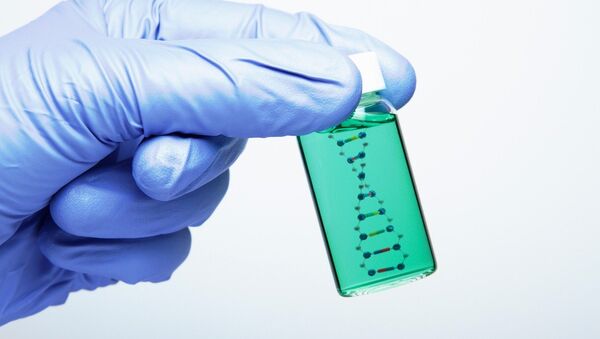 According to the report, published in the journal PLOS, two fossils were discovered, the first shaped like a thread, the second a collection of lumpy colonies. The Swedish team identified cell structures as well as "cell fountains," a tissue pattern shaped like a spout that is characteristic of red algae.

"You cannot be 100% sure about material this ancient, as there is no DNA remaining, but the characters agree quite well with the morphology and structure of red algae," said study lead Stefan Bengston of the Swedish Natural History Museum in Stockholm.

The fossils were found in the town of Chitrakoot in Madhya Pradesh state, India. They were embedded in ancient sediment, well-preserved since the previous eon. The fossils researchers believe to be red algae were located between cyanobacteria fossil mats in ancient phosphorite.

The new sample represents the oldest plant fossils ever discovered. In 2000, Canadian paleobiologists discovered fossils of what they believed to be red algae dating to 1.2 billion years ago. There is debate in the scientific community over when multicellular life first evolved on Earth exactly, but few estimates claimed it to precede the Canadian algae.

These new fossils blow the entire timescale of evolution on Earth out of the water. "The 'time of visible life' seems to have begun much earlier than we thought," said Bengston.

Not everyone is convinced of Bengston's findings, however. Paleobiologist Nicholas Butterfield of the University of Cambridge, who was not involved in the research, told the Christian Science Monitor, "The fossils are interesting, but, in my books, far from convincing, either as red algae or as eukaryotes."

"Yes there are some red algae and eukaryotes that exhibit features comparable to those seen in the fossils, but none of these are fundamentally exclusive to red algae or eukaryotes."

Other scientists, such as Dominic Papineau of the University College of London, have defended Bengston's conclusions. "I would say that [the Stockholm team] have really documented in very excellent details, unprecedented to my knowledge, these novel structures which do indeed look like algae," he told the Monitor by email.

All the same, certainty is difficult to achieve when one is talking about tiny scraps of plants that lived billions of years ago. On that time scale, fossils don't have "written on them what they were and what they were doing."

Red algae is still common on Earth today, and is popular in Welsh, Japanese, Korean, and Chinese cuisine. If you've ever eaten sushi wrapped in "seaweed," you've eaten red algae.

"We almost could have had sushi 1.6 billion years ago," joked geobiologist Therese Sallstedt, who co-authored the paper.