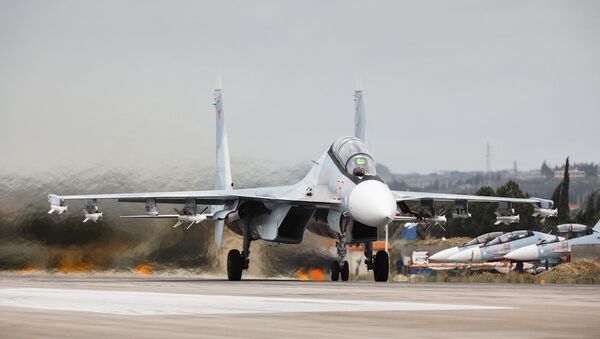 CEO of Russia's Rostec State Corporation Sergey Chemezov claims that Russia's counter-terrorist campaign in Syria has given a boost to global demand for Russian arms.

"Current activities against the Islamic State [Daesh], which Russia currently is undertaking in Syria, have demonstrated our capabilities and potential of this technology… Aviation and ships have proven to be quote effective, and our missile group also. So that's why these military activities have positively impacted, it was an advertisement free of charge, so they were positive for our sales," Chemezov said in Sunday's interview with the Defense News newspaper.

Russian Aerospace Forces have been involved in the Syrian conflict since 2015, when Damascus requested Russian help in dealing with terrorist groups in the country. A Russian carrier battle group was also involved, while Syrian airspace is now protected by Russian S-300 air defense systems.

The Islamic State is a terrorist group, outlawed in Russia, which took over vast swathes of Syria in 2013 and 2014.