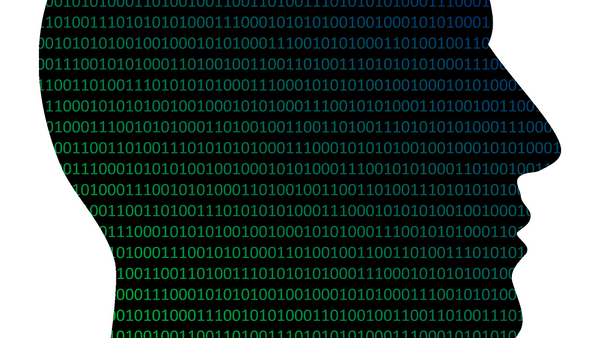 © Photo : Pixabay
Subscribe
The need for humans when coding may be a thing of the past, as researchers have developed a system that has gained the ability to write its own code.

A highly sophisticated computer called DeepCoder, has been built by Microsoft and Cambridge University. The system is able to solve programing issues by stealing codes from other programs. The paper, DeepCoder: Learning to Write Programs, is a basic system with some limitations according to the researchers. However it is a significant step forward in the world of coding and artificial intelligence (AI).

"We have found several problems in real online programing challenges that can be solved with a program in our language," the researchers wrote in a paper on their findings.

DeepCoder works by looking at the inputs and outputs of different bits of code that have been given to it. It learns which piece can produce what output and then places them together accordingly to create a new program capable of solving the problem.

According to the researchers, DeepCoder also created working programs quickly and in fractions of a second, which means that anyone who wishes to build a program could simply direct it as to what they want it to do, even without technical expertise.

The next stage in the DeepCoder development is to build AI capable of sophisticated coding, according to sources this would be a major breakthrough and could change the way people use AI.

"A dream of artificial intelligence is to build systems that can write computer programs," the researchers wrote within the paper.

"Ultimately, the approach could allow non-coders to simply describe an idea for a program and let the system build it," Marc Brockschmidt, one of DeepCoder's creators at Microsoft Research in Cambridge, UK said in a recent interview.

​The possibilities for a system such as this are endless, giving people the ability to simply describe the idea for a program which can then be built without the need for human intervention. This is a huge step forward not just in the world of coders but also for AI, as it could mean that human intervention is no longer needed when developing new programs.

000000
Popular comments
Absolute idiocy!!! How about learning to think and analyze BEFORE you do anything?