Iran Ready to 'Rain Down' Missiles in Response to Enemy Attack 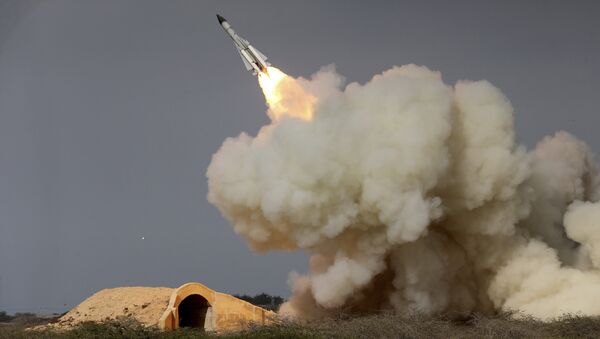 "With the knowledge I have about the capabilities of the (Iranian) Armed Forces and about ourselves, I’d say with confidence that foreign threats against the Islamic Establishment (of Iran) are futile… Should the enemy make a mistake, our roaring missiles will rain down on them," Hajizadeh said as quoted by the Tasnim news agency.

Iran's Elite Corps Conduct Drills in Semnan Province Despite US Sanctions
Earlier in the day, the IRGC started military exercises with the use of missile systems in the northeast province of Semnan, aimed at demonstrating Iran's readiness to counter enemy threats.

On Friday, Iran's Foreign Minister Mohammad Javad Zarif said in a Tweet that Tehran would "never initiate war," following this statement by a warning that, if needed, the country would not shy away from using weapons in self-defense.

We will never use our weapons against anyone, except in self-defense. Let us see if any of those who complain can make the same statement. pic.twitter.com/xwGquvqLvb