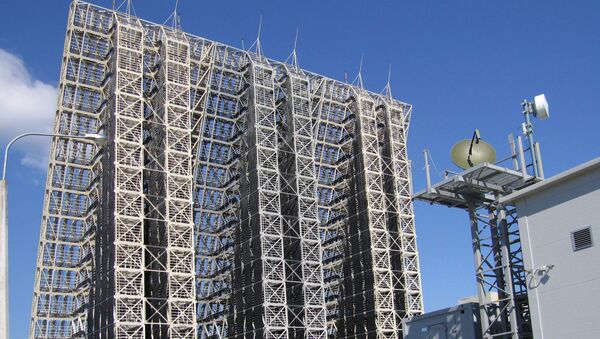 MOSCOW (Sputnik) — The radar field of the missile attack warning system allows controlling the missile launches within a radius of 6,000 kilometers (3,700 miles) around the Russian borders, the Russian Izvestia newspaper said.

The restoration of the united radar field around Russia was finished in late 2016, however, the part of the field, which monitors the missile activity beyond the Arctic Circle has not become operational yet, the publication said, citing a source in the Russia Aerospace Forces.

According to the media outlet, the Russian missile attack warning system consists of three elements — space satellites monitoring missile launches, ground early warning radar systems calculating the movement trajectory of a missile, and the Don-2N radar station based in the Moscow Region and designed to detect and track the ballistic missiles, as well as to aim interceptor missiles at a target.