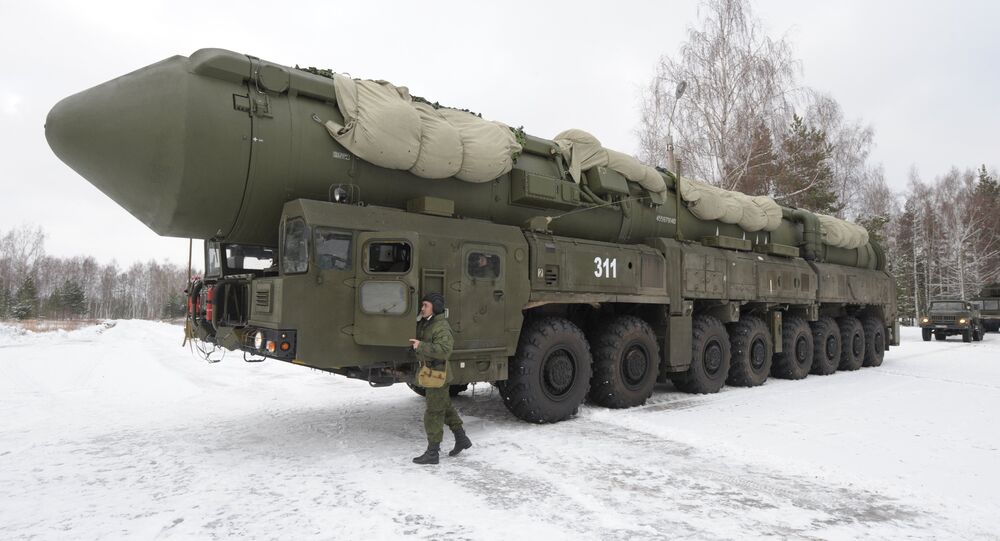 Russian Strategic Missile Troops to Get 1,500 New Camouflage Kits in 2017

Units of the Russian Strategic Missile Forces will be equipped with the latest in camouflage technology in 2017, with the priority given to Topol-class ICBM-launching units, according to the Russian Defense Ministry.

According to a Ministry statement cited by Russia's RIA Novosti news agency, the nuclear forces will receive up to 1,500 kits for their mobile missile units, "more than 15 times more" than they did in 2013. Two thirds of the new kits are designated for summer use, with the remaining 500 to be used in winter conditions. Altogether, the kits are expected to improve survivability up to tenfold.

According to the kits' manufacturer, they are adaptable to temperatures between —40 and +50 degrees Celsius, last between 1-3 years, are water, gas, diesel and oil-resistant, are self-extinguishing, and are small and light enough to be transported by any vehicle.

© Photo : maskirovka.ru
The MKT-4L, seen here deployed covering what is presumed to be a military vehicle.

This year, Missile Troops' units will also expected to be complemented with 70 engineering vehicles, including the Listva demining vehicle, as well heavy engineering and camoflague units, as well as over two specially-equipped dozen bulldozers, mine layers, excavators and crane-equipped trucks to assist with the missile-carrying units' deployment.

In Obama's Footsteps? Trump 'to Push Ahead With Russian Disarmament Agenda'