Serbia Insists on Extradition of Kosovo Ex-Prime Minister by France 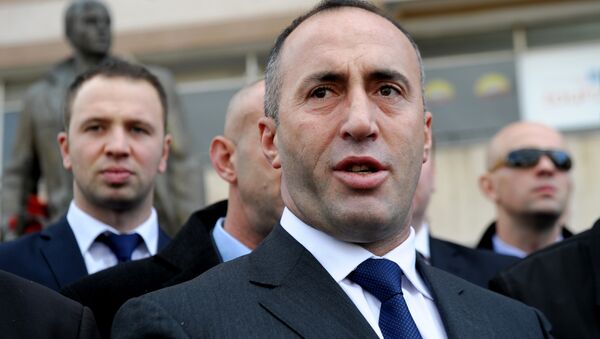 Serbia will insist on the extradition by France of Ramush Haradinaj, a former Kosovo guerrilla commander and prime minister, as there are dozens of new witnesses in his case, the country’s Justice Minister Nela Kuburovic said Friday.

BELGRADE (Sputnik) — On Thursday, the French BFMTV broadcaster reported that the court ordered to release Haradinaj, with his lawyer intending to void Interpol alert on the former Kosovo prime minister and Serbian extradition request.

"Serbia will not falter in its extradition demand, I hope that French justice institutions will act in a professional manner. There are 30 new witnesses in the case [of Haradinaj on war crimes]," Kuburovic said, as quoted by the Radio Television of Serbia.

Haradinaj, now the leader of the opposition Alliance for the Future of Kosovo (AAK), was detained on January 4 by police at Basel Mulhouse Freiburg airport in eastern France due to a Serbian arrest warrant that alleges that he committed war crimes during his time as a guerrilla commander.

Haradinaj, who has consistently denied Serbian allegations, served as a rebel commander in the Kosovo Liberation Army in the 1998-1999 Kosovo conflict.