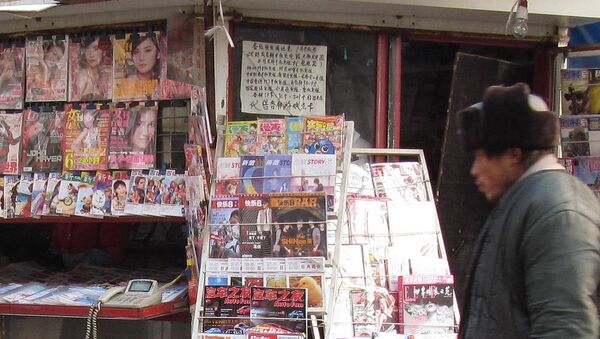 As Western media funding is being slashed, China and other nations are expanding their soft power operations, notably English-language media outlets.

Meanwhile, Xi has clamped down on media within the country, shutting down original news reporting on internet portals and banning news from unofficial sources, including social media, from appearing on websites and social media platforms within the country. Last year, China fell from 175 out of 180 to 176 in the Reporters Without Boarders 2016 Press Freedom Index.

CCTV already has English, Arabic, French, Spanish and Russian-language channels and offices in Washington and Nairobi, the Independent notes. Following an announcement in 2009 that the country would spend $6.5 billion to help spread its message overseas, CCTV and the Xinhua News Agency have expanded, hiring journalists around the globe and leasing a giant display in Times Square to highlight its broadcast. (For comparison, the UK government is giving $289 million to the BBC World Service to expand over the next five years, Asia Times points out.)

Beijing is also trying to take a role in shaping media development, particularly in Africa, where it hosted a China-Africa Media Summit in 2016 and has organizations engaged in training African journalists.

The Center for International Media Assistance has been critical of China's movies on the continent, saying in a report early in 2016 that though China has been involved in the African media space for many years, the new effort to engage with its emerging media systems "points to a broader and more ambitious effort to control media narratives outside its borders. If engagement in the African media space is driven by an overarching objective to control what and how emerging media cover certain issues, the free, independent, and sustainable media that the media development community works to promote on the continent could be in peril…. By helping to shape and mold state media operations, the dominant news provider in many African countries, China can help foster media systems that more closely resemble the Chinese model. A media with greater state control and journalists who are trained to toe the government line makes it easier for the Chinese to sway public opinion."