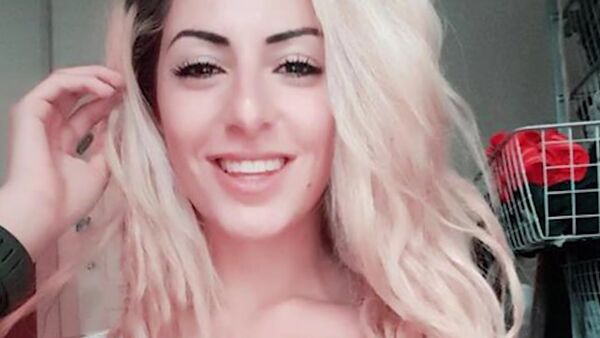 A 23-year-old Danish woman who attracted international attention for joining the Kurds in battling Daesh has been imprisoned, stripped of her visa, and banned from international travel for 12 months by the Danish government.

Joanna Palani seemed a natural to attract international attention. The daughter of Iranian Kurds, Palani was born in a UN Iraqi refugee camp in 1993. In 2014, she dropped out of college, returning to her motherland to "fight for human rights for all people," in her own words. Her father and grandfather were soldiers as well, and she has been operating firearms since the age of nine.

Palani’s courage in forsaking a comfortable life at a European university to fight against Daesh won her many online supporters. Her flawless skin, immaculate white teeth, and buxom figure contributed as well. Palani proved herself a skillful soldier and media magnet, so much so that Daesh placed a one-million-dollar bounty on her head.

After returning to Denmark in 2015, the Danish government suspended her passport, on the basis of a Danish law that prevents citizens of Denmark from fighting for foreign countries. The law was passed to prevent Danes from fleeing to join Daesh and then returning as radicalized terrorists. Denmark has Europe’s second-highest rate of returning radicals, after Belgium.

The Danish Security and Intelligence Service (PET) labeled Palani a "threat to national security," a label that she claims has prevented her from getting a job. At the time, Palani called the actions of her government a "betrayal."

Palani admitted to violating her travel ban by going to Qatar in June, and as a result she was taken into custody. Her trial is set for December 20, and she could face up to six years in prison.

Danes who join Daesh and return are not imprisoned. Under the Aarhus model, Daesh fighters are assigned mentors, counselors, and support networks in an attempt to deradicalize them. Palani’s lawyer, Erbil Kaya, condemned the Danish government for "hypocritical" treatment of his client.

In a May 2016 interview with Vice, Palani told stories of preteen girls she rescued from rape houses operated by Daesh militants. "All the girls were under 16—some were really young," she said. "I met this girl in the hospital we had to bring them to. She was a Syrian Christian and she died holding my hand because she was 11-year-old and she was pregnant with twins. Her little face was so swollen. It just wasn't right."

"I would rather choose public justice than personal happiness," Palani said, adding, "I would give my life for Europe, for democracy, for freedom and for women's rights. I feel like I have been betrayed by those who I was ready to sacrifice my life for."