Claims on Russia Hacking Profitable for US Military Intelligence 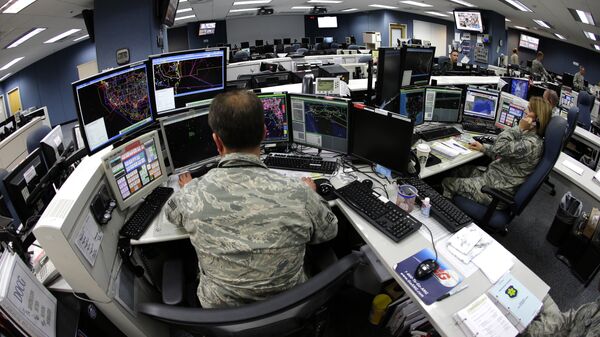 The parties linked to US military intelligence budgets have own interest in accusing Russia of alleged hacking activities against certain targets in the US, including against the Democratic National Committee (DNC), US National Security Agency (NSA) whistleblower William Binney said in an interview published Friday.

MOSCOW (Sputnik) — Earlier in December, media reported that the Central Intelligence Agency (CIA) suspects that Russia had interfered in the course of US presidential election, hacking mail servers of US citizens and organizations, including the DNC. The agency claimed that Moscow had targeted the presidential campaign of the Democratic Party's Hillary Clinton, because it wanted her Republican rival Donald Trump to win. At the same time, the Federal Bureau of Investigation (FBI) has reportedly reached opposite conclusions from the same raw intelligence.

"Hillary Clinton and a number of people were going that way [supporting the accusations against Moscow], and certainly the military intelligence complex fosters that because that means for a 'new Cold War' trillions of dollars going into the coffers of those people, they would certainly be advocates for this thing. There is a lot of vested interest to keep this kind of thing going," Binney, who used to be technical director of the NSA, told the RT broadcaster.

He added that if the CIA wanted to prove that Russia had hacked the servers of the DNC, the agency should show the trace route of the allegedly hacked information, especially taking into consideration that US agencies have experience in this field, for example it showed the trace routes of a hack conducted from China.

According to the whistleblower, the information from the DNC has been leaked by an insider, but not hacked.

Russian officials have repeatedly denied any interference in the US elections, calling the allegations absurd and an attempt to distract US voters from domestic issues.