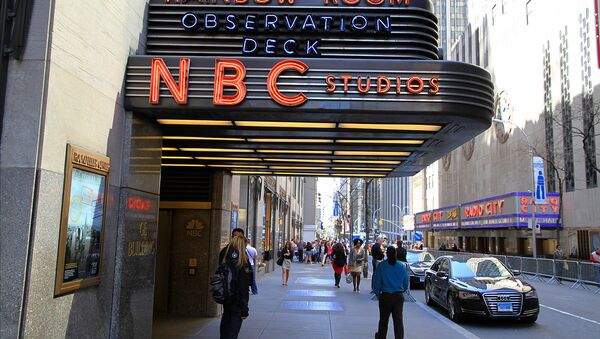 NBC News is now pushing a story that unnamed “senior intelligence officials” told them that Russian President Vladimir Putin was personally involved in hacking the US election.

Former NSA Officer William Binney: CIA Lying About Russians Hacking DNC
According to the anonymous shadowy sources, the network has “new intelligence” from diplomatic sources and spies working for US allies that shows “Putin personally directed how hacked material from Democrats was leaked and otherwise used.”

One of the “high level” sources explained that it began as a “vendetta” against Hillary Clinton, but turned into an effort to expose corruption in American politics.

The FBI and other agencies have challenged assertions by the CIA that Russia hacked the US presidential election to help Donald Trump win, as have a host of former intelligence officials.

"He has had a vendetta against Hillary Clinton, that has been known for a long time because of what she said about his elections back in the parliamentary elections of 2011. He wants to discredit American democracy and make us weaker in terms of leading the liberal democratic order. And most certainly he likes President-elect Trump's views on Russia," McFaul said.

Neither the CIA, nor the Director of National Intelligence would comment or confirm NBC’s story.

Meanwhile, on Monday, a group of six former high-level intelligence officials calling themselves the “Veteran Intelligence Professionals for Sanity” released a letter asserting that Russia is not behind the hack.

“The evidence that should be there is absent; otherwise, it would surely be brought forward, since this could be done without any danger to sources and methods,” the letter states. “Thus, we conclude that the emails were leaked by an insider – as was the case with Edward Snowden and Chelsea Manning. Such an insider could be anyone in a government department or agency with access to NSA databases, or perhaps someone within the DNC.”

One of the signers, William Binney, a cryptanalyst-mathematician who spent 30 years with the NSA, told Radio Sputnik’s Loud & Clear that the WikiLeaks email releases were not hacks at all, but insider leaks.

If it was a hack, Binney revealed, the NSA would know who the sender and recipients of the data are, thanks to mass internet surveillance programs. The intelligence apparatus does not depend on “circumstantial evidence,” as has been reported, he noted.