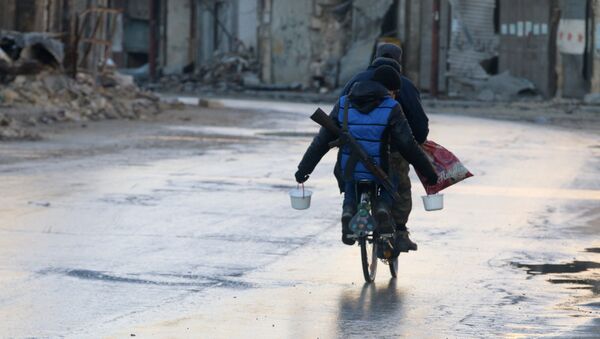 Commenting on US media reports that the so-called "moderate Syrian opposition" is now considering allying with al-Qaeda in fear of an impending abandonment by the US as soon as Donald Trump takes office, Russian political scientists explain why it is only partially true and what these reports might actually be aiming for.

US-Backed 'Moderate' Rebels 'Turn to Terrorists in Fear of Abandonment by Trump'
On Saturday, The Washington Post reported that the rebels fighting against President Assad in Syria are considering allying with "better-armed al-Qaeda and [with] other extremist groups, receiving of more sophisticated weaponry from Sunni states in the Persian Gulf region opposed to a US pullback, and adoption of more traditional guerrilla tactics, including sniper and other small-scale attacks on both Syrian and Russian targets."

Citing their sources among US officials, regional experts and the rebels themselves, the authors explained that the militants, "vetted, trained and armed" by the CIA, now fear that the US is going to abandon them as soon as Donald Trump takes the office.

The rebels' fears are based on the electoral promises of the president-elect, who "has made clear that his priority in Syria is the separate fight against the Islamic State, ideally in cooperation with Russia and the Syrian government, as well as other allies."

Commenting on the predictions of the US outlet, Russian political scientist from the School of Asian Studies at the National Research University of the Higher School of Economics Andrey Chuprygin explained why it is only partially true and a full-fledged alliance of the rebels with al-Qaeda is "very unlikely." 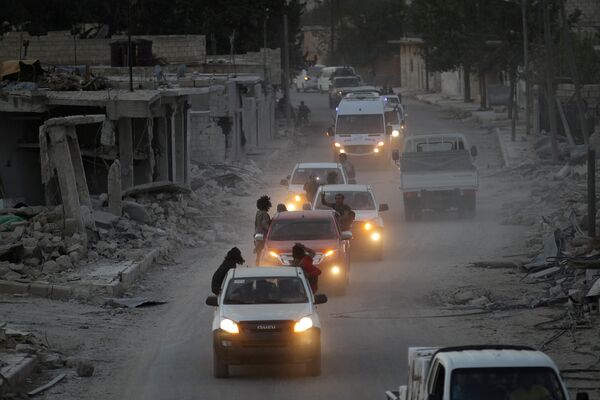 Rebel fighters drive their vehicles celebrating what they said was the taking over of Baraghedeh and Kafr-Ghan towns, in al-Rai town, northern Aleppo countryside, Syria October 10, 2016
© REUTERS / Khalil Ashawi

"I doubt the alignment of the Syrian opposition with al-Qaeda as there are two groups within the opposition in Syria," he said in an interview with RT channel.

The first group, he explained, consists of subgroups and movements which are already linked with al-Qaeda and have close ties with the terrorist organization.

The second group are the people who have been forced to take up arms due to various reasons and, in fact, have little in the way of common values with extremist Islamist groupings, he said.

Hence the second group would rather prefer a deal with President Assad, Russia and Iran to be able to get off the "jihadism hook" than align with extremists. 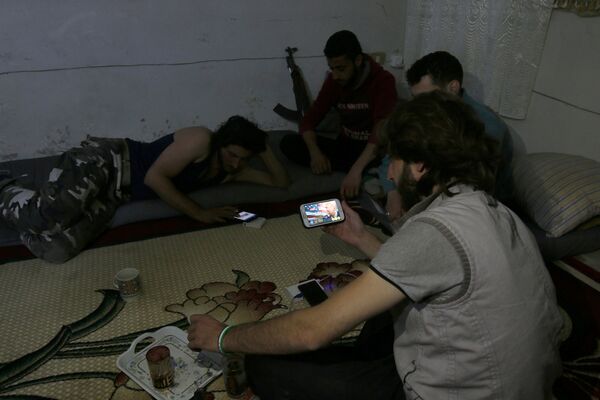 The political analyst further explained that unlike al-Qaeda, which has already grown into a serious movement, the Islamic State (Daesh/ISIS) is a temporary formation.

"Al-Qaeda is a serious movement which has been present politically, ideologically and militarily in the Middle East for a long time. It is a highly branched organization which has already grown into a movement and has its own franchises not only in the Middle East, but also in the north of Africa, in Central Africa and in Eastern Asia," he said.

"The Islamic State however is going to be dispersed as any military operation which has been launched with a specific aim," he said.

Russia-Iran-Syria Alliance 'Thwarts US Ambition to Oust Bashar Assad'
Andrey Chuprygin further explained that its aim has already been partially achieved, having destabilized the situation in Levant (a region on the eastern coast of the Mediterranean Sea north of the Arabian Peninsula and south of Turkey) and, subsequently, in the Middle East as Levant lies in the heart of the region.

He also added that it is only too evident that al-Qaeda was the actual orchestrator of this military operation from the very start of it. In fact, it is Al-Qaeda which is behind all the well-known groupings which emerge and disappear from time to time, or drift into each other.

Hence it is al-Qaeda which poses a more long-term threat as it is the key military player within extremist Islam.

The political analyst also suggested that the article in The Washington Post might be an attempt of the outgoing Obama administration to prepare the ground for a certain political attitude of the US establishment towards the Middle East in order to limit Donald Trump's further options.

Syrian Army Success in Aleppo Vividly Indicates the End of 'Triumph of the West'
"It did not start yesterday," he explained, "but at the moment of his announcement that he is interested not in the Assad regime, but in the fight against Daesh."

Even though it remains to be seen what will be the actual policy of the US president-elect in the region, everything indicates so far that Trump will follow an entirely different Middle East policy, he stated.

Semen Bagdasarov, Director of the Center for Middle Eastern and Central Asian Studies was also skeptical about the further alignment of Daesh with al-Qaeda.

"The question is not about al-Qaeda but about Jabhat Fateh al-Sham (formerly known as the Al-Nusra Front), which is now formally not affiliated with al-Qaeda. It is an independent organization whose ideology is based on ideas similar to those of al-Qaeda," he told RT.

"It has about 40,000 people and, to a degree, is operating under the command of the Turkish army within Ankara's Euphrates Shield operation. At some point they fight alongside organizations like Jabhat Fateh al-Sham. So at times there is no clear distinction between them," he explained.

He further noted that the Free Syrian Army and those organizations all have a common enemy – the Islamic State.

A similar assimilation is taking place in Aleppo, he said, where the Free Syrian Army and those organizations have a joint headquarters, uniting practically all the operating organizations. 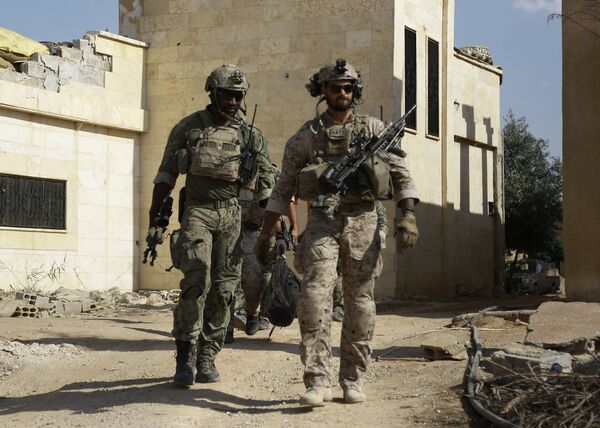 Armed men in uniform identified by Syrian Democratic forces as US special operations forces walk in the village of Fatisah in the northern Syrian province of Raqa on May 25, 2016
© AFP 2022 / DELIL SOULEIMAN

Besides, apart from Turkey, there are NATO officers operating on the ground and servicemen from a number of other regional countries, which only complicates the situation, he finally stated.