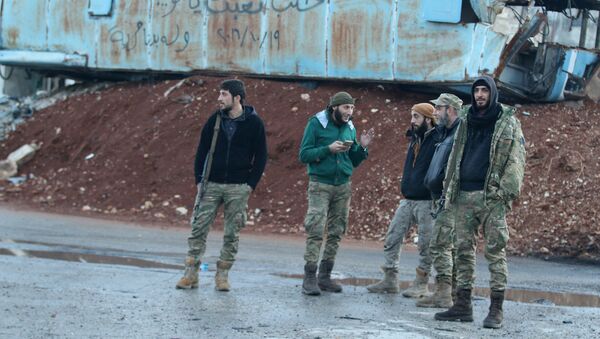 © REUTERS / Abdalrhman Ismail
Subscribe
Fearing possible abandonment by Donald Trump after he takes the office, what the US describes as "moderate Syrian opposition" is now looking for alternatives to US support, such as that of terrorist groups like al-Qaeda, lamenting that instead of providing assistance, the US is "watching them drown."

"Three years after the CIA began secretly shipping lethal aid to rebels fighting against Syrian President Bashar al-Assad, battlefield losses and fears that a Donald Trump administration will abandon them have left tens of thousands of opposition fighters weighing their alternatives," according to The Washington Post.

Citing its sources among US officials, regional experts and the rebels themselves, the newspaper reports that among the options are "a closer alliance with better-armed al-Qaeda and other extremist groups, receipt of more sophisticated weaponry from Sunni states in the Persian Gulf region opposed to a US pullback, and adoption of more traditional guerrilla tactics, including sniper and other small-scale attacks on both Syrian and Russian targets." 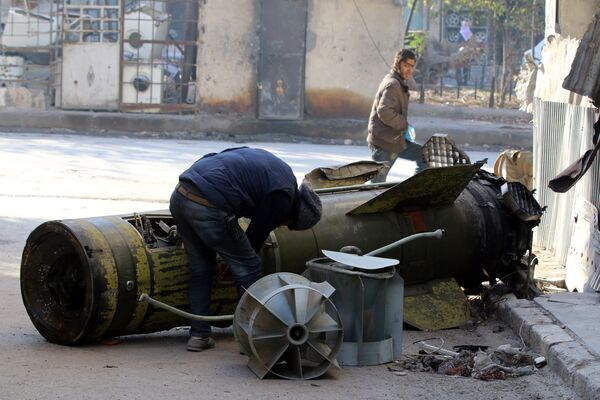 It further recalls that during his electoral campaign, Donald Trump made clear that his priority in Syria is the separate fight against the Islamic State (Daesh, ISIS), ideally in cooperation with Russia and the Syrian government, as well as other allies. And indicated he will curtail support for the opposition.

"Trump has repeatedly dismissed the rebels, saying, 'We have no idea who these people are'," the newspaper says.

Syrian Army Success in Aleppo Vividly Indicates the End of 'Triumph of the West'
"My attitude was you’re fighting Syria, Syria is fighting ISIS, and you have to get rid of ISIS," it cites Trumps as telling the Wall Street Journal last month.

It also cites one US-vetted rebel commander, without revealing his name as saying that the rebels "are very frustrated. The United States refuses to provide weapons they need, and yet it still thinks it can tell them what to do. They promise support and then watch us drown," he states.

Meanwhile, the US' and Russia's head diplomats met in Rome on Friday to work towards ending the fighting in Aleppo. The two sides are set to continue discussing the conflict in Aleppo on Wednesday.

Commenting on the continued negotiations of the outgoing US administration, Russian military expert and defense analyst Victor Litovkin explained to Radio Sputnik why it does not drop the attempts to alter the Russian stance.

US Assault Ships in Mediterranean Might Mean Soon Ground Operation
"Kerry's continuous efforts indicate that he and President Obama might have some personal relationship with the Syrian opposition," he told Sputnik.

"The Americans are banking on the so-called Syrian opposition because it is the only tool they have against Bashar Assad and the only force able to implement the US' plans in Syria. For example, to squeeze Russia from Syria and close its military base there, and from the Mediterranean," he further elaborated.

However the outgoing US administration, he suggested, has nothing to offer to Russia. Russia's simple condition was to separate the opposition from terrorists. It is ready to let the so-called opposition from the eastern Aleppo, he said, however they can't leave because the terrorists won't let them. 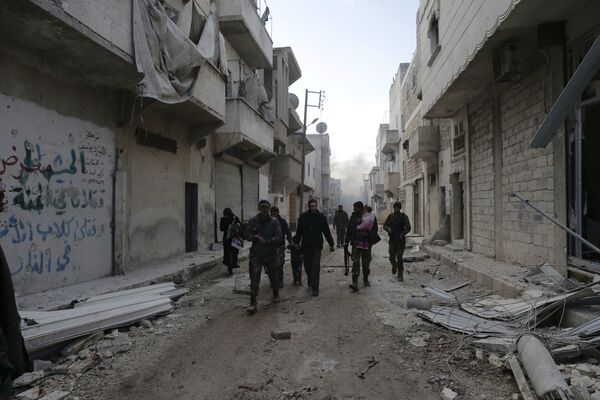 "Hence we are telling Americans: apply certain efforts, demonstrate your influence, make the opposition leave Aleppo. We are even ready to let it escape together with the terrorists," he said.

However, he explained, anything of these actions will mean the US admitting defeat.