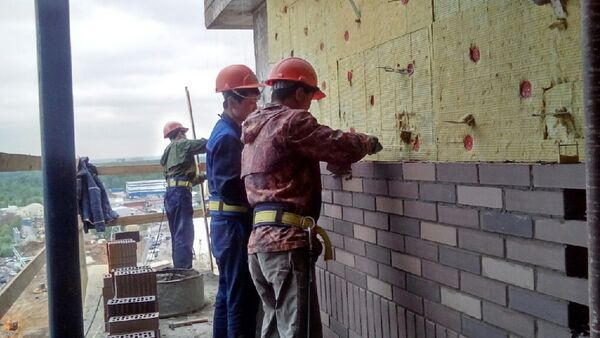 Headlines about North Korean workers’ labor in Russia published by Western media are riddled with such stock phrases as "slave labor" or "labor camps." However, do they depict the reality? Sputnik asked the workers themselves.

The recent UN resolution on Pyongyang's human rights violations says that the situation regarding North Korean workers being exploited abroad “causes concern.” Nevertheless, most of these concerns cannot be applied to the situation in Russia, Sputnik Korean concluded after talking to North Korean builders working in Moscow.

The first work brigades from North Korea arrived in Russia in the 1960s. After the collapse of the Soviet Union there was a lull in labor cooperation between the two countries. However, since the beginning of the 2000s, following mutual visits by both Kim Jong-il and Vladimir Putin, labor cooperation was re-energized. The number of workers coming to Russia and the number of spheres in which they were involved grew, which determined the need for a legal framework. In 2007, a special agreement on temporary employment was signed by Russia and North Korea.

By 2015, the number of North Korean workers in Russia was set at the level of 30,000 people. On average, 80% of them are professional builders in their 40s. By comparison, in Russia there are about 1.25 million labor migrants from Uzbekistan. However, they are rarely talked about in Western media. 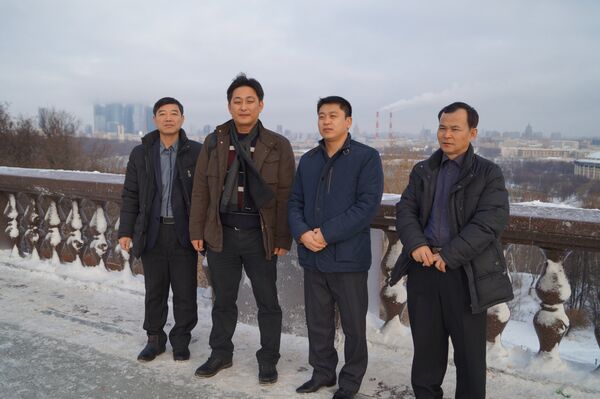 “I don’t know why they pay so much attention to us. I think you should ask not me, but the journalists,” the North Korean Embassy in Moscow 3rd secretary for construction Kim Chun-ik told Sputnik Korean.

Kim, who has spent 1.5 years in Moscow and previously had been engaged in building industry in Vladivostok, said that any construction works are hard and dangerous but labor conditions in Russia fully conform to the legislation.

“The work time is 8 hours a day and we finish at 6 p.m. But then our workers have nothing to do but go to the dormitory and kill time watching TV. Some of them would be happy to work more hours in order to earn more money, but they are not allowed to do that,” Kim said.

“Even if we try to stay at the construction site after the end of our work day, they will kick us out,” Rim Myong-chol, the foreman of a North Korean bricklayers team engaged in construction of a residential compound in Moscow, told Sputnik.

Rim came to Moscow in September 2013 and it is his third temporary employment in Russia.

“Russian company provides us with everything we need including living accommodation and work clothes. We cook food by ourselves in the dormitory,” another member of the working team, Kwak Chol-su, said.

“In our free time we watch TV to learn the latest news from Korea. We also play chess and traditional Korean games. Of course, we are homesick. I hope that I will visit my family in North Korea in December,” Kwak added. 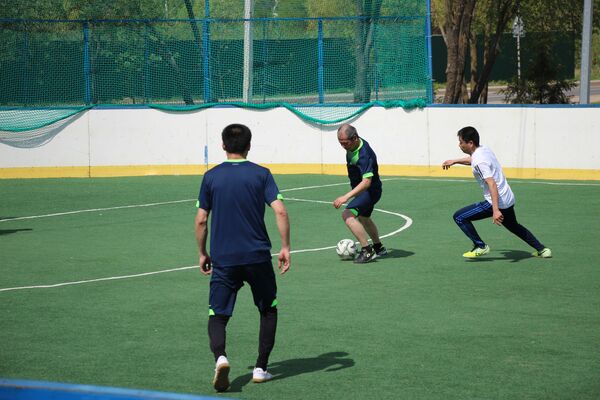 According to Kim Il-lyong, Director General of development company “Moran Stroi,” which hires North Korean workers, their employees usually spend one year in Russia before getting a leave for one month when they can go home. Their travel expenses are paid for by North Korean General Society for Overseas Construction.

The average salary of a North Korean construction worker in Russia is 15,000 rubles ($230) a month, according to North Korean embassy in Moscow. It is not much by Russian standards, but more than in some other countries, such as Ukraine, for example, where the salary is $195 a month. Embassy secretary Kim Chun-ik said, there are no complaints regarding the wages.

The secretary confirmed that sometimes workers get fined. The fines are deducted from the salary at the end of the month and are mainly for security breaches.

“Labor protection rules are very strict in Russia. Our workers complain of getting tickets for such things as taking off their helmets on the construction site because they were hot,” he said.

“Qualification and self-discipline are the main professional qualities needed for complex construction works, and Koreans are the most disciplined workers in the world. Your companies know that,” he said. 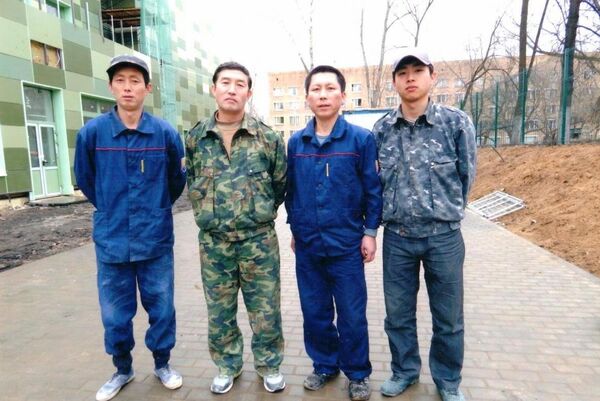 The foreman Rim Myong-chol added that North Korea workers are eager to get new experience in Russian companies as well.

“There are many things we can learn while working here. For example, in North Korea we usually build monolithic houses of concrete, but in Russia they have lots of brickwork which goes alongside with monolithic construction in cascade. I guess, it’s Russian technology, and we learned it here.”

Rim stressed that he is pleased with labor conditions too and cannot understand why Western countries criticize it.

“I don’t want to go there. Chinese and Russian peoples are not foreign to me. It’s easier to communicate with them, perhaps, because of the long-term friendship between our countries. When I see Americans, for example, I feel that they are real foreigners. Russian people are very open and warmhearted,” he said.