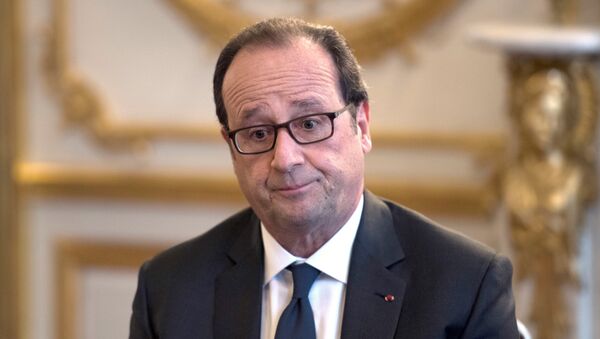 Speaker of the French National Assembly Claude Bartolone has officially submitted to the Elysee Palace a draft resolution for President Francois Hollande’s impeachment.

French Left May Block Hollande’s Impeachment Motion Before Parliament Vote
The move was initiated by Republican parliamentarian Pierre Lellouche on November 7 over accusations of the breach of security through disclosing classified information to journalists.

Request to Impeach Hollande Can Help Sarkozy Boost Presidency Chances - Official
As a result, right-wing parliamentarians have accused Hollande of disclosing classified information and want his impeachment. In addition, the initiative has been supported by some leftist politicians, including Jean-Luc Melenchon who is expected to be nominated by the left and the communists for the 2017 presidential election.

French MPs Call on 'Bad President' Hollande to Answer for His 'Disgraceful' Acts
The French presidential election is scheduled to take place from April 23 to May 7, the parliament election for June 11-18, and finally the Senate election on September 24.

Presidential Hopeful Juppe Warns France Against 'Extremism' as Trump Wins
When Hollande became president he said he would not run for the second term if he failed to achieve economic growth. Possibly, the recent attempt of impeachment is in fact an attempt to force Hollande to reject not to run in the election, the analyst suggested. 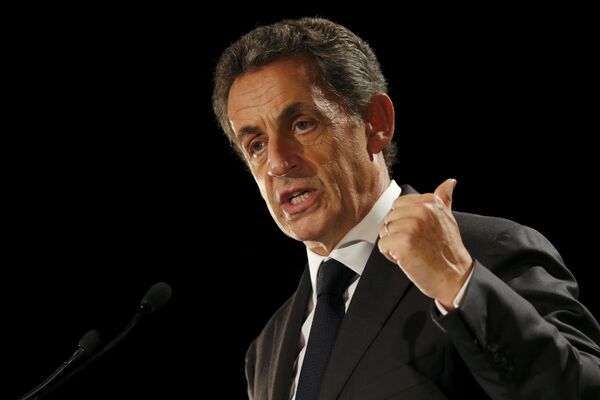 Trump's Victory in US to Boost Le Pen's Chances in France – EU Lawmaker
Meanwhile, non-mainstream parties are in a different situation. Leader of the National Front far-right movement Marine Le Pen is highly controversial, but still charismatic. According to a poll by the French Institute of Public Opinion Studies (IFOP), 85 percent of the French do not want Hollande to be the next president. 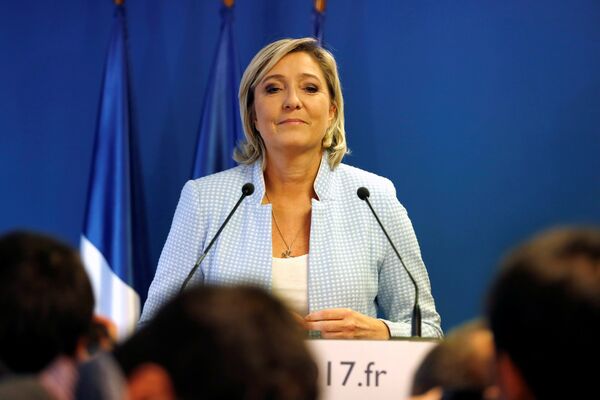