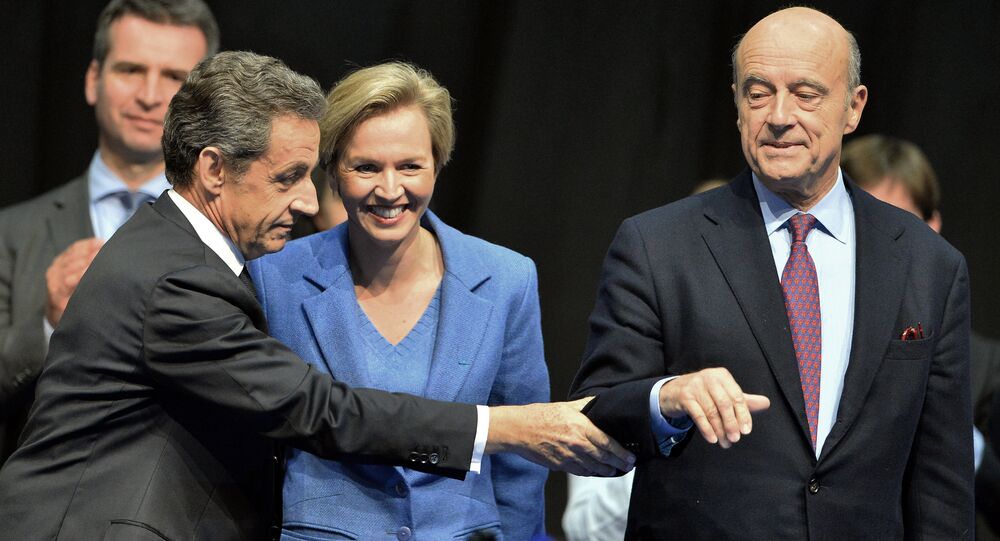 France should learn from the US election and try to avoid veering toward extreme political solutions, former French Prime Minister and right-wing presidential candidate Alain Juppe said Wednesday, following a stunning victory of Republican candidate Donald Trump in the US presidential election.

MOSCOW (Sputnik) — Republican candidate Trump triumphed over his Democratic challenger, Hillary Clinton, in the November 8 presidential election. He gained 276 electoral votes, which is more than 270 needed to win.

"I don't want France to take the path of extremism and demagogy," Juppe said, as quoted by the BFMTV broadcaster.

He added that France and French political elites had to take note and learn from the US election.

Nicolas Sarkozy, former French president and a center-right presidential candidate in the upcoming election, congratulated Trump on his victory.

"It is a choice that has to be respected," Sarkozy reportedly said.

The former president added that this victory signified a "rejection of the universal idea."

France will elect a successor to President Francois Hollande next spring.