Trump May Require Increase in Japan’s Expenditures Under Security Treaty 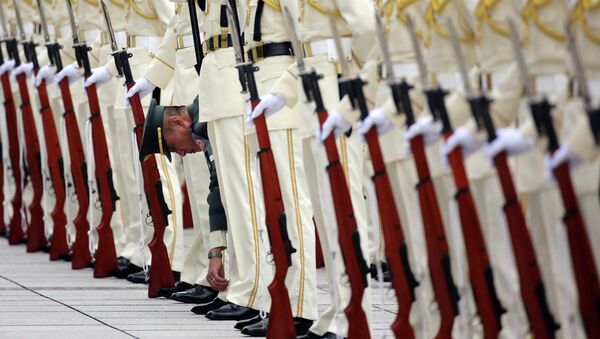 TOKYO (Sputnik) – Donald Trump won the US presidency in Tuesday’s election, having gained 289 Electoral College votes, or 19 more than the 270 needed to win.

"Trump is a businessman and regards agreements with every country as a contract and believes that there is a necessity to revise them to meet US people’s interests. Trump insists on justice, observance of both parties’, [namely] Japanese and US, interests," Mizusawa told NHK channel in an interview, stressing that Japan and US bear unequal financial burden, which may result in Trumps demand to increase Japanese military expenditures.

Mizusawa added that the "agreement must be legally equitable", however, according to the treaty on cooperation in the security sphere, the United States has unilateral commitment to defend Japan.