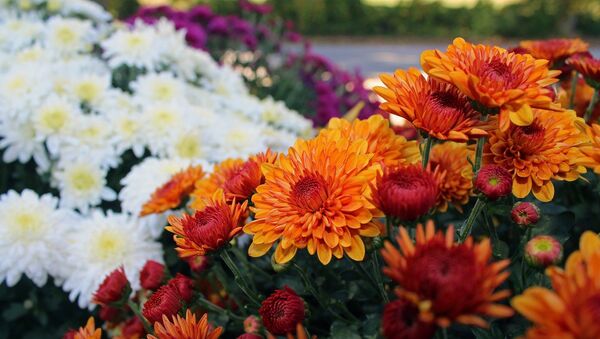 A new variety of chrysanthemum in Japan has been named after Kazakh President Narsultan Nazarbayev, Kazakhstan's Ministry of Foreign Affair Press Service reported on Monday.

The newly named flower “President Nazarbayev” was presented at the All Japan Chrysanthemum Festival in Izumy City in Osaka Prefecture.

Head of Kokka-En, the company which produces the chrysanthemum and the Vice-Chairman of the Osaka Federation of Chambers of Commerce said that it was the first time the company had decided to name its new variety of flowers after a famous politician. “It is a sign of our deep respect to Nazarbayev’s contribution to the development of friendly and confidential relations between the peoples of Japan and Kazakhstan,” Kishiwake added.

Previous varieties of chrysanthemums had been given lyrical names such as “Eastern Wind” or “Five Emperors.”

Kokka-En is the official supplier of chrysanthemums to the Imperial household. The company was founded in 1927 and conducts 90% of operations related to selecting, growing and selling chrysanthemums in Japan.

Chrysanthemums have great symbolic meaning for the Japanese. It symbolizes happiness and wisdom and also is one of the official symbols of the country.
In June 2008 during his visit to Japan President Nazarbayev was awarded Japan’s highest order, the Grand Cordon of the Order of the Chrysanthemum.
Nazarbayev was in Japan on an official visit when the flower was debuted to him.