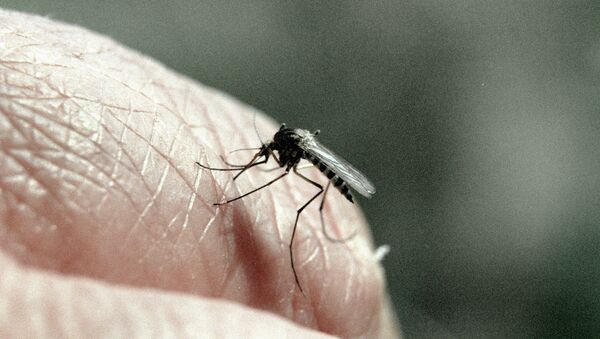 © Oleg Lastochkin
/
Go to the photo bank
Subscribe
Talk about sleeping with the enemy: scientists in Brazil are turning one of the biggest culprits in spreading disease into humankind's ally.

Mutant mosquitos bred by British firm Oxitec in a factory in Piracicaba, Brazil, will be turned loose to mate and die. They have been genetically programmed to die quickly – and to pass this trait on to their offspring. By introducing this genetic time bomb to normal mosquito species, like Aedes aegypti, which can carry Zika, dengue, yellow fever and chikungunya, the company aims to drastically reduce populations of the buzzing agents of disease.

As part of a four-year, $1.1 million deal with Oxitec, the company will release 10 million of its manufactured mosquitoes each week into Piracicaba, a city of 360,000, Phys.org reported. Production at the factory was launched early this year. Modified female mosquitoes are kept in the factory for breeding, while males are periodically released.

Oxitec said in five field tests in three countries between 2011 and 2014, the population of wild Aedes aegypti insects fell by 90 percent after Oxitec’s manufactured mosquitos were released, according to Phys.org. According to a company press release, initial releases around Piracicaba last year led to an 82% reduction in wild mosquito larvae by the end of 2015.

"The city of Piracicaba has always sought innovative solutions to serious problems," Mayor of Piracicaba Gabriel Ferrato said in a statement in January on the project's expansion. "In the case of Aedes aegypti, we looked for the tool that seemed most appropriate to help in the tough battle against this mosquito that transmits dengue, Zika and chikungunya.” He called the Oxitec mosquito "clean and innovative technology."

There are no epidemiological studies showing that rates of mosquito-borne diseases fall after Oxitec’s insects are released, Phys.org points out.

Oxitec’s website says its solution has been recommended by the World Health Organization (WHO) for deployment in operational conditions and that the Pan American Health Organization (PAHO) has said it will provide technical support for countries that want to use Oxitec's mosquitoes. And the US Food and Drug Administration has found no "negative impact on human health or the environment" in its preliminary findings on a trial of Oxitec's self-limiting mosquito in the Florida Keys.

Oxitec is in talks with other Brazilian municipalities and states, a company spokesman said.

Mosquitoes cause millions of deaths each year, according to the WHO.