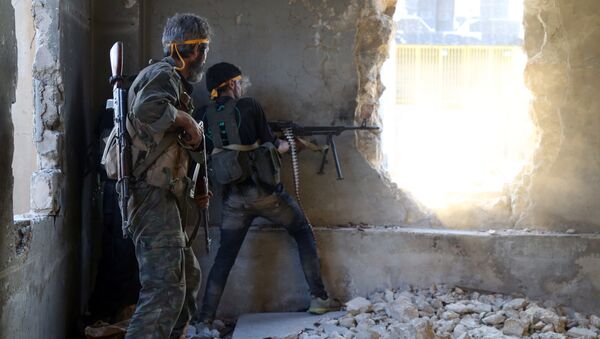 Russian Foreign Minister Sergei Lavrov and US Secretary of State John Kerry have inked a long-awaited deal that could put an end to violence in Syria, but there are no guarantees that radical groups backed by the US, the Gulf states and Turkey will respect the upcoming ceasefire, political analyst and journalist Vanessa Beeley told Radio Sputnik.

This is Who Benefits From Russia-US Agreement on Syria
The secession of hostilities is expected to enter into force on September 12.

The journalist, who recently visited Syria, called the armed rebels backed by the United States, the European Union, NATO and Gulf states the "main stumbling blocks" when it comes to implementing the new agreement.

"Historically, again, the reason that the ceasefires have failed is because the terrorists have not respected" them, she said.

Beeley cited two villages in Idlib, Kafarya and Foua, besieged since March 2015 as an example.

"There has never been a respect of the ceasefire there," she said. "The shelling of civilian houses has continued through all of the ceasefires and largely been ignored by Western media. And absolutely no humanitarian aid has been allowed into Kafarya and Foua since March 2015 except for a couple of very poorly equipped UN convoys that made it through."

Both Lavrov and Kerry emphasized that the new deal will only work if all stakeholders involved in the Syrian conflict will fulfil their part of the agreement. America's top diplomat said that the opposition "has indicated they're prepared" to meet the "standards that we have established."
This is something that Beeley was skeptical about.

"What guarantees are the United States, the Gulf states and Turkey giving that the terrorists that they control, equip, fund and arm are not going to break the ceasefire?" she asked. 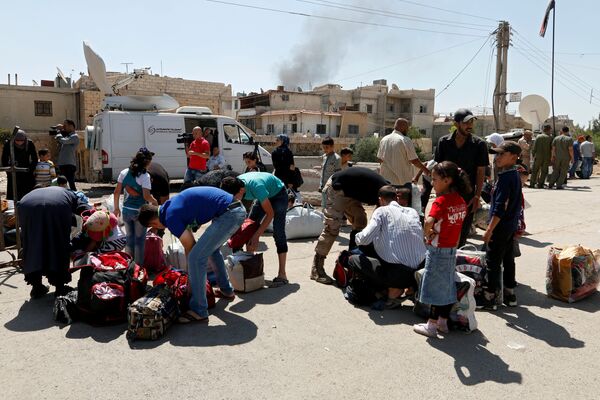 Civilians get their belongings inspected by Syrian Army soldiers in Daraya before being evacuated, after reports of an agreement between rebels and Syria's army to evacuate civilians and rebel fighters from Moadamiya, in Damascus, Syria September 2, 2016
© REUTERS / Omar Sanadiki

The journalist also noted that the Syrian government has to be allowed "to respond" if terrorists do not respect the ceasefire.

Breakthrough Deal: This is What Russia and US Agreed to Do in Syria
"So my question is: are the terrorists going to be respecting the ceasefire? And if they are not, the Syrian government, the Syrian state and the Syrian national army has to have the right to respond. And this has been the difficulty of all the ceasefires," she noted.

Beeley also pointed to a recurring pattern when a US-sponsored secession of hostilities was introduced at a time when the Syrian Arab Army secured major victories against terrorists trying to overthrow President Bashar al-Assad.

"Yet again we have seen huge advances made by the Syrian Arab Army. If they retake [areas in southern and southeastern Aleppo], it would then mean that the road to Damascus from southern Aleppo will be reopened for the first time in years because it is under terrorist control," she detailed, adding that these positive developments could be "derailed" by the ceasefire.