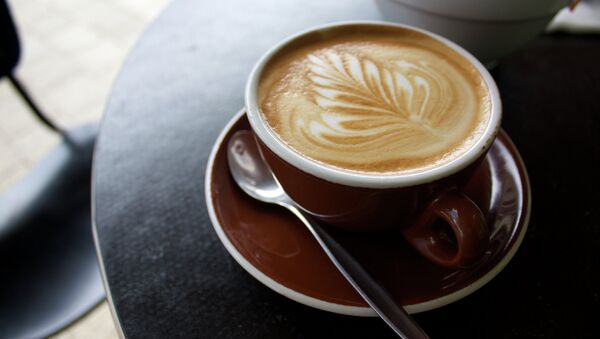 Ever wondered why some people like coffee more than others? Well according to new research from the University of Edinburgh, that love could come down to DNA, with a study drawing links between certain genes and its effects on caffeine in the body.

Researchers found that people with a higher rate of the body's PDSS2 gene tended to drink fewer cups of coffee, with experts saying that the increased prevalence of the gene impacts the way caffeine is broken down, meaning that it will stay in the body longer.

"This gene — PBSS2 — is actually very important… It's actually everywhere in your body and it's linked to both the production of energy and also antioxidants effects, so it has a productive, protective effect against some types of cancer," University of Edinburgh researcher Nicola Piratsu told Sputnik.

But don't worry, we all know it won't be. pic.twitter.com/qL0ajS0T3M

​The findings mean that there could be a link between people with a high rate of PBSS2 and those who don't drink much coffee, according to researchers.

"Our hypothesis, which is yet to be tested, is that the more of this gene that you have, the slower you metabolize caffeine, and of course you need coffee less frequently to keep up. You have to remember that people drink coffee mostly because of caffeine," Mr. Piratsu said.

​"The most reasonable hypothesis is that people with higher levels of this gene actually consume less coffee."

While perhaps the study might shed some light on why some of our friends go for second coffee and why others stick to a decaf, there is also hope that the research could lead to a medical breakthrough.

"This could be important to find out why people consume certain foods, and in the case of coffee, this is very important because there is so much of it consumed," Piratsu told Sputnik.

After the 3rd cup, coffee turns into the shadowy doorway to a demonic place.

​"It's interesting because one we understand this relationship we can speculate on how to use it for health."