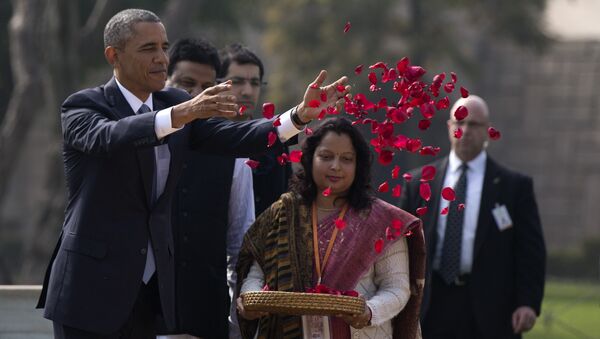 Ekaterina Blinova
All materialsWrite to the author
Despite the recent US charm offensive against India, New Delhi has resisted the temptation, remaining committed to the BRICS ideal of multi-polarity. India maintains mutually beneficial relations with China, regardless of "brief bumps" in the relationship, geostrategic analyst Matthew Maavak told Sputnik.

Following US Secretary of Defense Ashton Carter's visit to India in April 2016, some have questioned whether New Delhi is considering a shift to the West.

Carter's Visit to India: All Hype, No Substance
Some experts referred to US-India negotiations on the Logistics Exchange Memorandum of Agreement (LEMOA) and the country's decision to boost bilateral defense technology collaboration as a sign of non-aligned India's drift toward Washington and NATO.

LEMOA is actually a version of the Logistics Support Agreement (LSA) which covers the provision of logistical support, supplies and services between the US military and armed forces of other countries.

"US Defense Secretary Ashton Carter's three-day visit to India last week proved historic in the sense that a non-aligned India stepped closer to signing a Logistics Exchange Memorandum of Agreement," Dr. Dalbir Ahlawat, an Australian security expert, noted in his April article for The Interpreter.

For his part, Rupakjyoti Borah of The Diplomat wrote in May that "the decision 'in principle' by India and the United States" to ink the LEMOA marks "a big leap of faith."

"Gone are the days when New Delhi's foreign policy mandarins kept Washington D.C. at arm's length, believing that India's interests were best served by being close to countries like Russia and espousing things like non-alignment and third-world unity," the journalist insisted.

Simultaneously, Hindustan Times reported that a three-day conference entitled "Strengthening Our Alliance to Advance the People's Dream: Freedom, Justice, Equality and Peace" organized by a US-based Chinese dissident group took place in Dharamsala, India, with no less than eight Chinese dissidents attending the event on April 28.

The incident was interpreted by some media sources as yet another sign of India's change of heart toward China and its BRICS' partners.

However, it depends on how accurately you are connecting the dots.

"Actually, this supposed tilt by New Delhi is a gross misperception. If India is 'siding' with the US, why would Moscow and Delhi continue with long-planned sensitive military collaborations, involving technology transfers that Russia does not offer to any other nation, including China? Prime examples include the Sukhoi PAK-FA/FGFA 5th Generation stealth fighter project; the joint hypersonic Brahmos cruise missile project; and India's preference for the Russian IL-78MD-90A aircraft, worth $2bn over the Airbus 330 multi-role tanker transport (MRTT) counterpart, among many others," Mathew Maavak, a geostrategic analyst and doctoral candidate in Security Foresight at University Teknologi Malaysia (UTM) told Sputnik.

Remarkably, back in April Indian Defense Minister Manohar Parikkar categorically stated that LEMOA would apply only to supplies like fuel and food and not for stationing US military in India.

On the other hand, "India's hosting of the Dharamsala meeting in April this year was reportedly a tit-for-tat reaction to China's refusal at the UN to ban the leaders of Pakistani terrorist outfit Jaish-e-Mohammad (JeM) and Jama'at-ud-Da'wah," Maavak explained.

"This was just a brief, rhetoric-filled bump in India-China relations," Maavak stressed.

The strategic analyst underscored that anyone who has followed India-China dynamics for decades would know that both nations resort to cantankerous rhetoric from time to time, only to return to business as usual.

Indeed, the recent incident in the border district of Chamoli in Uttarakhand, where Chinese troops entered Indian territory was instantly downplayed by Defense Minister Parrikar last Saturday as a "transgression" rather than an "incursion."

India Remains Committed to the Concept of a Multi-Polar World

There are no grounds for suspecting a chill between India and its BRICS partners. India remains committed to the concept of a multipolar world.

"India was a proponent of multi-polarity right from the days when it co-founded the Non-Aligned Movement (NAM) in 1961. India remains the only founding member of NAM that actively promotes the concept of a multi-polar world. There is no evidence to suggest otherwise," Maavak underscored.

"I think it is generally positive. Xi Jinping was the first leader of a major power to pay India a state visit in 2014 after the government of Narendra Modi was elected to power. But can India contribute to the One Road, One Belt project? Yes, but in a more limited way. This will entail the revival of its near-abroad 'spice route' which formed the Indian Ocean segment of the old Silk Route. Otherwise, India has more pressing infrastructural challenges to overcome on its own soil, and Chinese investments are still being courted and welcomed, despite external media speculations to the contrary," he told Sputnik. 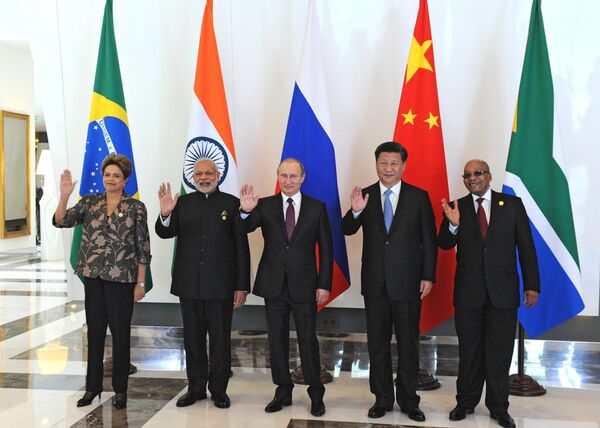 The fuss around the potential of a Sino-Indian flare-up in some of the Western and Asian press could be explained by the US' recent efforts to inflame tensions in Southeast Asia in attempt to curtail China's rise.

New Delhi and The Hague's Ruling on the South China Sea

The ruling of The Hague Permanent Court of Arbitration that rejected China's ownership claims in the South China Sea has become yet another move aimed at entrapping Beijing.

India Not Even Discussing Joint Patrol in South China Sea With US
Interestingly enough, following the ruling, The Japanese Times called upon New Delhi "to underscore its credentials as a responsible global power" and demonstrate its support for The Hague decision.

The media outlet noted that India issued a statement on the date of the award and without naming China, and called upon all the parties concerned to "resolve disputes through peaceful means without threats or the use of force and exercise self-restraint in the conduct of activities that could complicate or escalate disputes affecting peace and stability."

New Delhi's statement is especially important in light of a joint communiqué inked by the foreign ministers of India, China and Russia on April 18. The communiqué called for resolving territorial disputes through negotiations between the parties concerned and avoiding "internationalizing" the disputes.

"Russia, India and China are committed to maintaining a legal order for the seas and oceans based on the principles of international law, as reflected notably in the UN Convention on the Law of Sea (UNCLOS). All related disputes should be addressed through negotiations and agreements between the parties concerned. In this regard, the Ministers called for full respect of all provisions of UNCLOS, as well as the Declaration on the Conduct of Parties in the South China Sea (DOC) and the Guidelines for the implementation of the DOC," the communiqué stated. 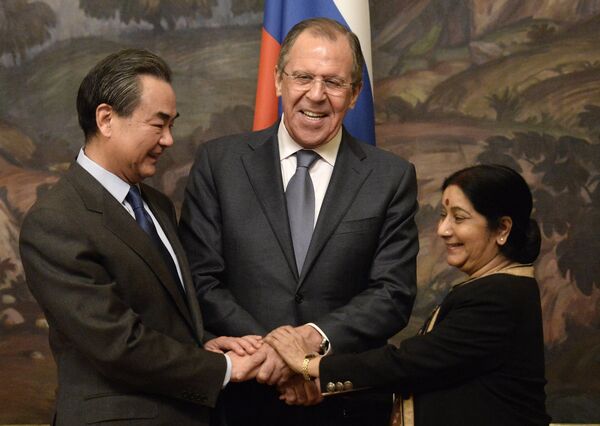 Commenting on the matter Maavak stressed that with regard to the South China Sea dispute, New Delhi is likely to be acting in the spirit of the communiqué.

"India, like China, considers itself to be a civilization. It would be seen as disgraceful to seek international arbitration over its borders," he noted.

It seems that Washington has as of yet failed to drive a wedge between India and China. Although New Delhi has its own interests in the South China Sea, it rejected to assist the United States in patrolling the region.

"The [Indian] government takes all measures to ensure our maritime security. However, at present, these measures do not include joint patrolling with foreign navies, including the United States. No talks have been held with the United States on the conducting of any joint naval patrols," Indian Minister of Defense Manohar Parrikar said in an official statement on July 26.

Are India, ASEAN Concerned About Sino-Russian Drills in the South China Sea?

What about the upcoming Sino-Russian military drills in the region? Does India, or other ASEAN players, regard it as a challenge to maritime security?

"Why should any entity, except for a wildly speculative Western media, be unduly perturbed by the Russo-Chinese drills? Was China offended or perturbed when three — not one-joint Russo-Indian military drills were announced by a Sputnik report on April 28 this year? These were the Indra-Neva-2016, AviaIndra-2016 and Indra-2016 exercises," the analyst told Sputnik.

Regardless of Washington's efforts to pull India into its political fold, New Delhi is is avoiding the West's traps and remains committed to the concepts of sovereignty, non-alignment and regional security.

Mathew Maavak is a doctoral candidate in Security Foresight at University Teknologi Malaysia (UTM). He is a regular Op-ed contributor to China's CCTV on STI and geostrategic issues.