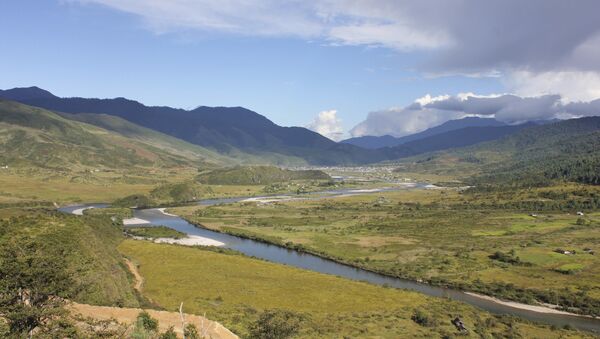 The Indian Air Force now has one more advanced landing ground in the country's strategically important northeast, with plans to modernize ten more airfields in the east.

Mechuka is situated along the India-China border and was one of the strategic locations during the 1962 Indo-China War. It is 7,000 ft above sea level and approximately 40 km from China.

After the inauguration, Air Marshal C Hari Kumar said, "The people of Mechuka are very co-operative and respectable. They are the main contributors in achieving this tough task."

The new landing grounds will enhance the air maintenance capability of the Indian Air Force in the northeastern region.

In 2009, India selected eight sites as part of a project to modernize or upgrade Advanced Landing Grounds in the northeast. They included Ziro, Passighat, Mechuka, Walong, Along, Tuting, Tawang and Vijaynagar. The ALGs of Tawang and Walong were already under the control of the Indian Army, while the others were inoperative.

Indian Air Force to Fly ‘Tejas' Homemade Combat Aircraft
In March this year, India reactivated two upgraded Advanced Landing Grounds at Ziro and Along in Arunachal Pradesh. The ALG project at Tawang is expected to be ready by September this year. The start of ALG upgrades at Vijaynagar, meanwhile, is expected to take much longer as there is no proper road connectivity for carrying materials, machinery and manpower.

For the development of defense infrastructure in the northeast, the Indian Air Force has allocated $54 million from April 2016 to March 2017.

India is also modernizing 10 airfields in the eastern part of India, which would augment the capabilities of the Indian Air Force in the event of a stand-off with other countries.