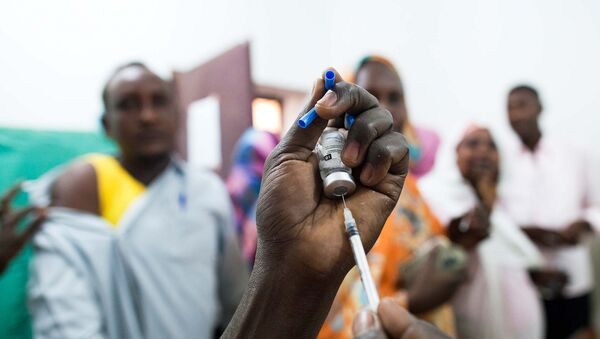 Angola has suffered 2,536 cases of yellow fever as of May 25, a one-third increase from 1098 cases in the previous report on April 19, the World Health Organization reported in a press release.

WASHINGTON (Sputnik) — Yellow fever is spread by the same mosquito species responsible for transmitting the Zika virus throughout the Americas. However, no vaccine exists for Zika while yellow fever epidemics can be brought under control with widespread inoculations.

"The outbreak in Angola remains of high concern due to persistent local transmission in [the capital of] Luanda despite the fact that more than seven million people have been vaccinated," the release stated on Thursday. "Local transmission has been reported in seven highly populated provinces including Luanda."

Since the outbreak of the Angola epidemic in December 2015, 301 people have died from yellow fever.

Outbreaks of yellow fever have been reported in more than 30 countries in sub-Saharan Africa, according to the World Health Organization.