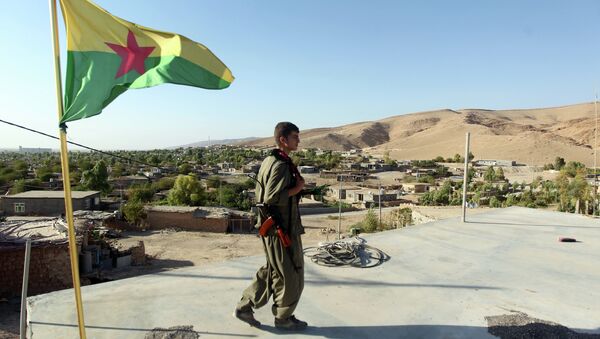 "Guerrilla activity in the northern [Turkish] Kurdistan continues to increase. Sixteen soldiers have been killed [in 48 hours]," the statement reads.

According to the HPG, the fighters attacked a Turkish military column in the Turkish southeastern province of Hakkari, killing two soldiers and injuring three, another four troops were killed in an assault on a garrison in the vicinity of the Hakkari's city of Yuksekova. Other clashes occurred in various location through the country's southeast.

Tensions between Ankara and the Kurds escalated in July 2015 as fighting between the PKK, the Kurdish pro-independence organization considered to be terrorist by Ankara, and the Turkish army resumed. Ankara has imposed several round-the-clock curfews in Kurdish-populated towns, preventing civilians from fleeing the regions, where the military operations are taking place.