One Turkish Soldier Killed, 6 Wounded in Clashes With PKK - Source 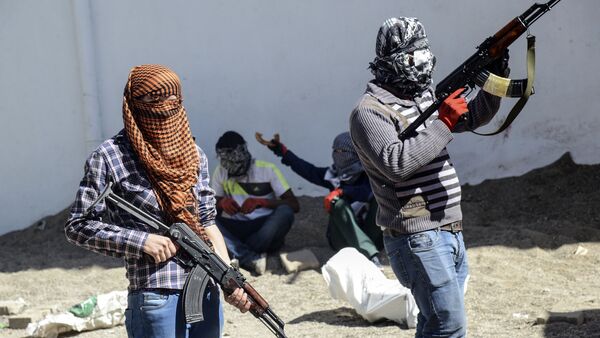 At least one Turkish serviceman was killed and six others were injured in clashes with the Kurdistan Workers’ Party (PKK) militants in the country’s southeast, a security source told Sputnik on Sunday.

PKK’s Armed Wing Claims Killing 48 Turkish Soldiers in 48 Hours
ANKARA (Sputnik) — Tensions between Ankara and the Kurds escalated in July 2015 as fighting between the Kurdistan Workers’ Party (PKK) and the Turkish army resumed. Ankara has imposed several round-the-clock curfews in Kurdish-populated towns, preventing civilians from fleeing the regions where the military operations are underway.

"The injured soldiers were taken to a hospital while clashes continue," the source said, adding that the incident took place in the Hakkari province.

On Friday, Turkish jets launched airstrikes in the northern Iraq province of Dohuk where Ankara suspects militants use as a hideout to stage attacks on Turkish security officers.