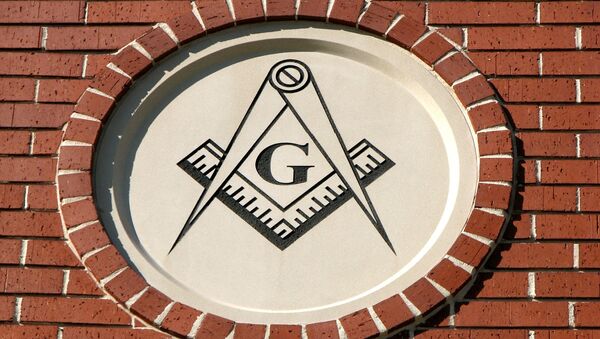 They take an oath of secrecy, swear each other eternal fidelity and go through controversial rituals together. The Swedish Freemasonry has turned out to have a strong foothold in the city of Umeå, with many of its members high-ranking politicians and could be a problem for democracy.

Money Talks? Sweden's UN Security Council Bid Proves Costly for Tax-Payers
A total of 277 local businessmen and politicians representing different parties in the Swedish city of Umeå are members of the same Masonic lodge and support each other in many ways, reports Västerbottens-Kuriren (VK). While the politicians publicly play the role of opponents, they have sworn each other eternal fidelity and loyalty and have even undergone bizarre bonding rituals as Freemasons.

A senior politician who desired to remain anonymous, described the situation as follows:

"So we are sitting at a conference table, and then suddenly a politician is a Freemason appears. His arguments can get another politician, also a Freemason, to completely reverse his opinion."

Party Foul: Swedish Green Member Suspected of Hobnobbing With Islamists
An investigation carried out by the local newspaper revealed that a number of well-known politicians and officials, all freemasons, kept contact with representatives of the business community. They met at least once a week in closed rooms, dressed in either tuxedos or dark suits and black ties.

Håkan Järvå, a psychologist with extensive knowledge of manipulation and influence in closed groups, has conducted a research on the impact various cults have on their members and has penned a book about influence and peer pressure.

"Rituals help strengthen a community, creating ties that happen to be stronger than laws and regulations. The members will be more like a family," he told Västerbottens-Kuriren.

Mama Don't Allow: Finland, Sweden EU's Worst "Nanny States"
Peter Ullgren, associate professor of history at Lund University, pointed out that Freemasons make use of various ways to help and support each other. According to him, this is clearly a problem for Swedish democracy as Freemasons may be perceived as a "mafia-like" organization.

"They can also destroy the careers of non-Masons who fail to do what they want," he told Västerbotten Kuriren. "It happened that Freemasons within the academia questioned my competence and even tried to sully me," he said.

In the Red: Sweden Heading Towards Deep Economic Crisis
Historian Andreas Önnerfors thinks that there is a historic undertone to the new revelation, as there was the same tendency in provincial Sweden a century ago, which still lingers on.

"The phenomenon was that the headmaster, the police chief, the judge and the newspaper editor was in the same lodge. This was very common in provincial towns some 100 years ago. Such things may tend to persist," Andreas Önnerfors told Västerbottens-Kuriren.

According to the newspaper, a number of present and former members declined to appear in the article "for fear of their lives being destroyed."

Northern Lights photo in Umeå — "The truth is out there" by Pierre Oesterle. https://t.co/QCDzJzoPXK #auroraborealis #northernlights