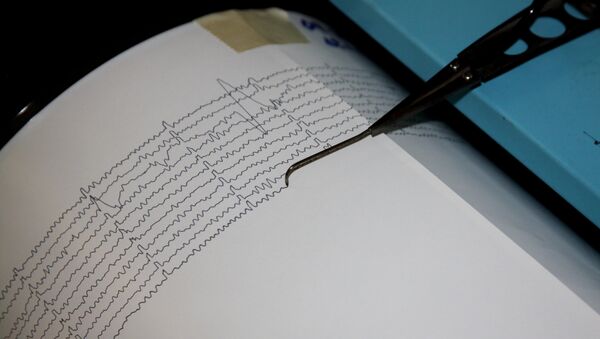 6.0-Magnitude Earthquake Strikes Ecuador
MOSCOW (Sputnik) – A 5.8-magnitude earthquake has struck off the coast of Ecuador, about 16 miles west of Muisne, a town in the northwestern Esmeraldas province, the US Geological Survey (USGS) reports.

The earthquake occurred at 01:24 GMT on Saturday (20:24 p.m. local time on Friday). There were no immediate reports of damages or casualties.

On April 16, Ecuador was hit by a 7.8-magnitude earthquake, with its epicenter located near the town of Pedernales in Manabi province, which is situated south of Esmeraldas province. Over 600 people died as a result and more than 8,000 were injured.

According to the UN Office for the Coordination of Humanitarian Affairs (OCHA), over 300 aftershocks have been registered after the quake.

More than 1,100 buildings have been destroyed in Ecuador and over 800 have been damaged, including more than 280 schools, according to OCHA.

Ecuador and the United Nations have launched a $72.7 million appeal to assist the country in dealing with the consequences of the 7.8-magnitude earthquake. The World Bank has agreed to allocate $150 million to Ecuador.

According to Ecuador’s President Rafael Correa, the damage caused by the 7.8-magnitude earthquake is estimated at $3 billion.

000000
Popular comments
but who cares? its not about US, Europe or Russia.....you can confirm taht even by the absence of comments on this article....hipocrits!!!!!