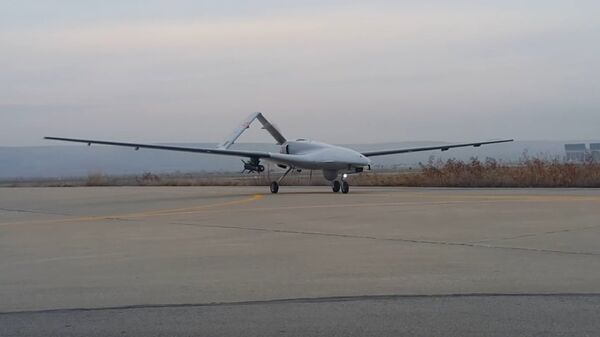 On Monday, Turkey’s military procurement agency launched a competition promoting the domestic development of drone subsystems and accessories. The agency stated that companies interested in participating in the competition must apply no later than May 2.

The Undersecretariat for Defense Industries (SSM) statement called for these subsystems to be mounted on the Anka, a medium-altitude, long-endurance Turkish-made drone that made its debut flight in February. That unmanned aerial vehicle (UAV) can reach an altitude of 19,000 feet and remain airborne for up to four hours.

The Anka, which Turkey looks to equip with advanced subsystems, will have both domestic and regional applications, ranging from surveillance of opposition groups inside of Turkey to providing intelligence support to so-called 'moderate' rebels inside of Syria.

Turkey’s development of a self-sufficient surveillance drone industry is troubling, in light of the country’s recent crackdowns on dissent and ongoing severe human rights violations against the country’s Kurdish minority.

Turkish officials say they have no current plans to convert the Anka into an armed, tactical drone. Currently, Turkey uses an armed UAV called the Bayraktar for its tactical drone strike missions.