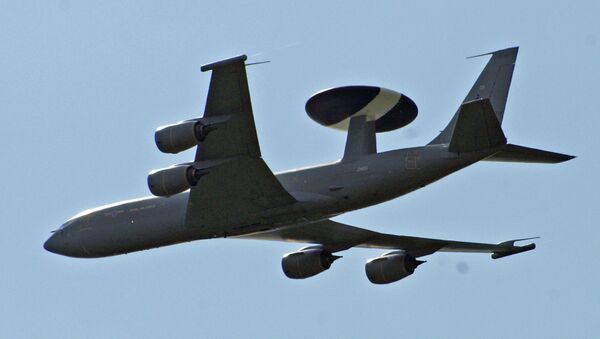 The NATO Secretary General said that the NATO alliance could contribute AWACS surveillance support to the US-led coalition against Daesh terrorists.

"One issue we have discussed… during our visit in Washington this week, and also with Secretary [of Defense] Ash Carter, was the possibility of NATO providing AWACS support-aerial surveillance plane," Stoltenberg stated on Wednesday.

The AWACS system is an aircraft-mounted radar system that can detect targets at a long range.

NATO to Work With Islamic Coalition to Counter Daesh
Stoltenberg noted that NATO-provided AWACS support "in one way or another is now an issue which is discussed in the alliance" to provide more precise targeting by the active participant in the anti-Daesh fight.

NATO is not formally engaged in the military campaign against Daesh, but individual members, including the United States, France, and Turkey, are contributing to military efforts against the terror group in both Syria and Iraq.

Stoltenberg visited Washington, DC over the past week and held meetings with President Barack Obama as well as Secretary Carter. The visit took place in advance of the July NATO summit in Warsaw, Poland.