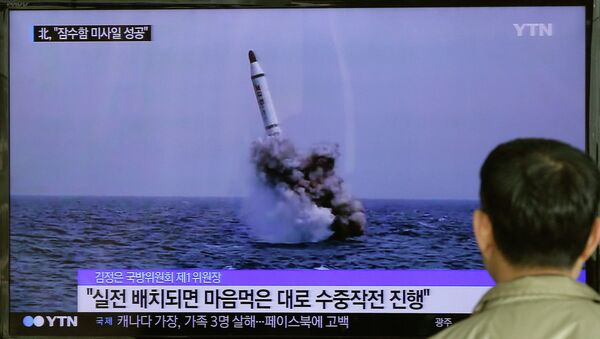 In January, North Korea conducted the fourth test in the history of the country’s nuclear weapons program. Shortly thereafter, the DPRK launched a satellite, in what the United Nations deemed an obvious attempt to demonstrate its ballistic missile technology.

Both tests resulted in the implementation of harsh new sanctions against Pyongyang, aimed at preventing the country from achieving its nuclear ambitions.

According to a South Korean official, the penalties have failed to discourage the North Korean government.

"We believe they have accomplished miniaturization of a nuclear warhead to mount it on a Rodong missile," the official told reporters on Tuesday, speaking on condition of anonymity.

"We believe they have the ability to mount a nuclear warhead on a Rodong. Whether they will fire it like that is a political decision."

A medium-range missile, the Rodong could theoretically launch a 1,100-pound warhead within a range of 1,250 miles. If true, Pyongyang could strike anywhere in South Korea, as well as most of Japan. One of these missiles was test-launched last month, flying roughly 500 miles before falling into the sea.

Officials in the United States, a key ally of South Korea, agree with the new assessment.

"We know that they’ve said they have that capability, and we have to take them at their word," Pentagon spokesman Captain Jeff Davis told reporters.

"But we have not seen them demonstrate it, so we don’t share that assessment necessarily but we do accept what they say as a threat we need to take as real."

Still, neither Washington nor Seoul has offered any direct evidence to back up their claims. A South Korean official declined to discuss the reason for Seoul’s sudden reassessment of the DPRK’s capabilities.

While the US and its allies have warned that the DPRK’s nuclear ambitions threaten global stability, Pyongyang argues that it is under direct threat and needs to mount nuclear weapons as a safeguard.

"[North Korea] realizes that, without a nuclear deterrent, a small country like itself, in the crosshairs of the United States, needs that nuclear deterrent to ward off any possibility of attack," Gregory Elich, a member of the advisory board of the Korea Policy Institute, told Radio Sputnik’s Loud & Clear last month.

"This year will be the largest exercise yet held between South Korea and the United States, and they’re held in the area of the Korean peninsula," he said. "This is explicitly intended to threaten North Korea."