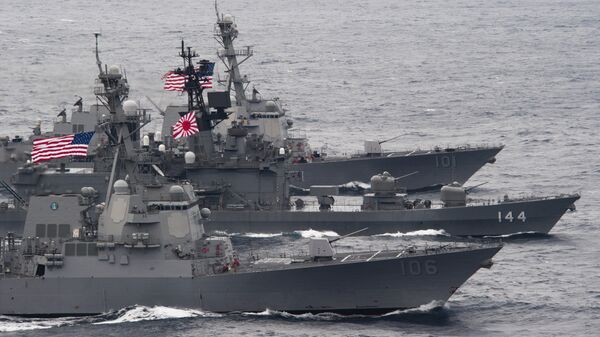 Participants in the exercise include six US surface vessels, four Japan Maritime Self-Defense Force ships, and a number of subsurface and other special units, according to the report.

"This is where the concept of distributed lethality is crucial to our success," Destroyer Squadron 15 Commander Captain Christopher Sweeney was quoted as saying in the report.

"Distributed Lethality allows us to use weapons at length [and it] forces the adversary to prepare to defend itself at different axes," Sweeney added.

Multi Sail is a combined training exercise aimed at enhancing successful maritime operations with United States and Japan navies. Participants in the exercise practice their capabilities to find, track and target units at sea, in the air, on land and underwater, the report pointed out.