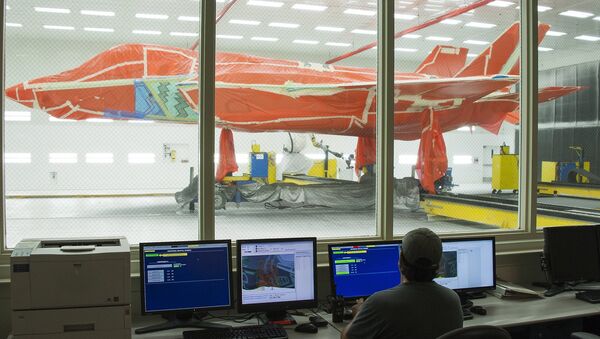 © Photo : Lockheed Martin
Subscribe
America’s “most expensive weapons system,” the Lockheed Martin's fifth-generation fighter jet F-35 Lighting II, is set to miss the deadline for its sixth and final software release, referred to as Block 3F, according to the US media sources.

The report stipulated that “the current schedule to complete System Development and Demonstration (SDD) and enter IOT&E (initial operational test and evaluation) by August 2017 is unrealistic.”

“Full Block 3F mission systems development and testing cannot be completed by May 2017, the date reflected in the most recent Program Office schedule, which is seven months later than the date planned after the 2012 restructure of the program.”

“Although the program has recently acknowledged some schedule pressure and began referencing July 31, 2017, as the end of SDD flight test, that date is unrealistic as well. Instead, the program will likely not finish Block 3F development and flight testing prior to January 2018,” it further state. 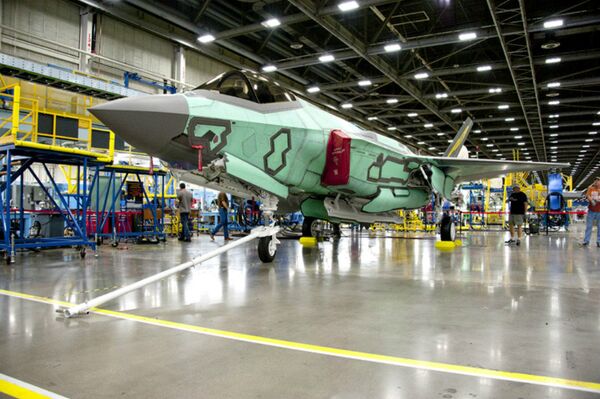 Block 3F is part of the 8 million lines of sophisticated software code that underpin the F-35, more than four times the amount of the world’s first 5th generation fighter, the F-22 Raptor, says the official website of the project. In short, if the code fails, the F-35 fails.

The F-35 software runs every critical system in the airplane including flight controls, radar functionality, communications, navigation and identification, electronic attack, sensor fusion and weapons deployment. Without the software running bug-free, the plane is effectively grounded.

From the program’s outset, the software team has focused on developing six key software releases known as Blocks:

Light at the End of the Tunnel? Marine Corps Begins Final Checks of F-35B
Block 1A/1B – Block 1 comprises 78 percent of the more than 8.3 million source lines of code required for the F-35’s full warfighting capability. Block 1A was ready for training configuration while Block 1B provided initial multi-level security.

Block 2A – Block 2A is currently released to the F-35 fleet. It provides enhanced training including functionality for off-board fusion, initial data links, electronic attack and mission debrief. With Block 2A, nearly 86 percent of the required code for full warfighting capability is flying.

Block 3i – Block 3i provides the same tactical capabilities as Block 2B. The principal difference between 2B and 3i is the implementation of new hardware, specifically the updated Integrated Core Processor. The Air Force will declare IOC with Block 3i. With Block 3i, 89 percent of code required for full warfighting capability is flying.

The recent DoD report however states that “the rate of deficiency correction has not kept pace with the discovery rate" meaning that the F-35 programmers are problems quicker than they can find solutions.

"Examples of well-known significant problems include the immaturity of the Autonomic Logistics Information System (the IT backbone of the F-35), Block 3F avionics instability, and several reliability and maintainability problems with the aircraft and engine."

“Three variants of the F-35 will replace the A-10 and F-16 for the US Air Force, the F/A-18 for the US Navy, the F/A-18 and AV-8B Harrier for the US Marine Corps, and a variety of fighters for at least ten other countries,” says the official website of the project.