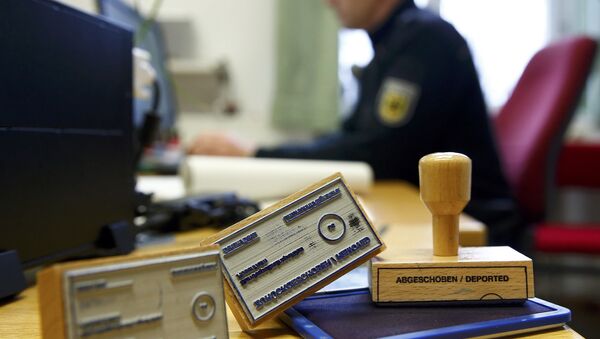 German’s federal states are appealing to the German Government to step in and take action over EU citizens claiming social assistance, which they claim is draining them of resources and causing the system to collapse amid the refugee crisis.

While Denmark Votes, German States Confiscate Refugees’ Valuables
The federal states are reeling from two separate crises. One of them is the refugee problem, in which over a million people have fled to Germany from war-torn nations such as Syria, Iraq and Afghanistan. The second is EU citizens claiming state benefits in Germany, which is costing the country another US$650 million a year. The federal states say the system cannot handle the avalanche of claims.

The chief executive of German Towns and Municipalities, Gerd Landsberg, said a Federal Court ruling that allows EU citizens to claim social assistance after a short stay is bleeding the system.

"The world has dropped on us an enormous cost avalanche. For the local authorities this jurisprudence has dramatic consequences."

UK finds Germany, NL etc want to block immigrants from benefits too. But may not be enuf to stop Brexit https://t.co/ZxcNPLuzLh

The row comes as the federal states are already crumbling under the burden of financing temporary shelters for refugees, which they say has pushed the civil service to the point of collapse.

The latest row over social benefits for EU citizens mirrors the case UK Prime Minister David Cameron is making for a renegotiation of Britain’s membership of the EU. He is calling for in-work benefits to be denied EU citizens working in Britain until they had lived in the UK for four years.

This has been met with resistance from many EU states. However, the outcry from the German states – and their warning of social collapse – could play into Cameron’s hands when he comes to negotiate what he hopes are the final points at the EU summit in February.

"Freedom of movement is an indispensable element of European integration, which we fully support. But we must not close our eyes to the problems linked to it."