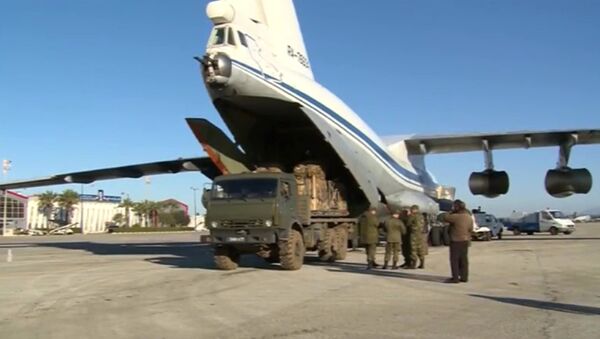 The Russian air group deployed in Syria is continuing a humanitarian operation aimed at delivering food and emergency supplies to areas besieged by terrorists, according to the Russian Defense Ministry.

Russian Jets Hit Some 600 Terrorist Targets in Syria in Past Four Days
MOSCOW (Sputnik) — Over 40 metric tons of humanitarian aid, including dry rations, have been delivered to areas in Syria surrounded by militants, the Russian Defense Ministry said Tuesday.

According to the spokesman, some aid, such as non-perishable food items, were provided by the Syrian government.

"For instance, over 40 tonnes of humanitarian supplies were delivered to the population of the town of Deir ez-Zor and other areas yesterday," Konashenkov said.

The besieged settlements have already confirmed they have received the humanitarian aid and were distributing it among local residents, according to the spokesman.

Syria has been mired in civil war since 2011, with forces loyal to Syrian President Bashar Assad fighting against opposition factions and extremist groups such as the Islamic State (ISIL), which is outlawed in Russia and many other states.

On Saturday, Deir ez-Zor's al-Bagilya village was the target of a mass massacre carried out by ISIL terrorists. According to local sources, some 280 people, including women, children and the elderly, were killed for cooperating with the Syrian army.