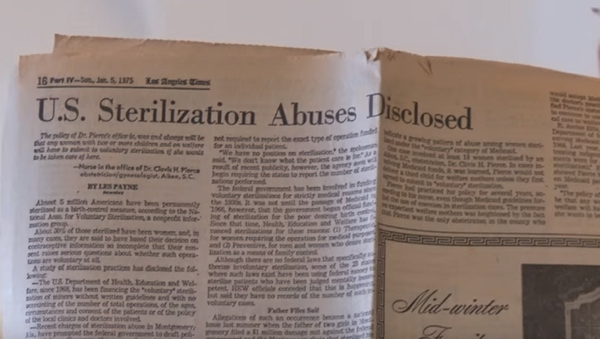 New details have emerged about a sinister program in California to perform state-sanctioned forced sterilization of Hispanic women without their consent over six decades.

Prosecutor Fired But Not Charged After Pushing Sterilization in Plea Deals
A documentary titled No Más Bebés has compiled evidence and stories of women having hysterectomies without consent following a birth, to “control the population” of Latinas in the state. Many women state that they were told that they had received the procedure, but not until after it had been performed.

The California government reportedly “argued passionately” that the forced sterilization program was necessary to keep state welfare expenses down. The documentary argues that the real intention of the program was to rid society of “undesirables” through the use of eugenics.

The program reportedly began in 1909 and continued through 1963, when it was gradually phased out.

A class action lawsuit was brought against Los Angeles County Hospital, where the sterilizations took place, but lost when it was heard in court.

The Judge sided with the hospital, citing that it was not objectionable if a physician believed that a tubal ligation could improve a perceived overpopulation problem, as long as said physician did not to try to "overpower the will of his patients.”

The case did have a positive effect however, resulting in the availability of medical forms in multiple languages so that patients can understand what they are signing, and the requirement for patients under the age of 21 to have 72 hours to consider their decision, as well as not terminating welfare benefits for those who do not sign.