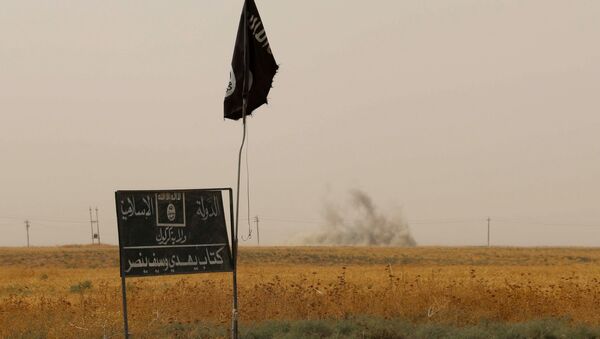 © AFP 2021 / MARWAN IBRAHIM
Subscribe
Kerim Amara is one of the militant commanders of Daesh (Islamic State) who was taken prisoner by Kurdish forces in Syria. A correspondent from Sputnik Turkiye was able to secure an exclusive interview with the militant.

A 31-year-old citizen of Tunisia, Kerim Amara, until recently was a commander in the ranks of Daesh. He joined the jihadists in 2013 and was captured by Kurdish forces in 2015.

With Friends Like These: Members of Turkish Military Conspire With Daesh
“After the revolution in Tunisia, many young people were engaged with Islamist organizations which gave basic training of radical Islam and jihad. I also took such a course. On the advice of a friend I made contact with Daesh. I went to Libya from Tunisia and from there by plane I reached Turkey. After that I illegally crossed the Turkish border in Hatay and got into Syrian territory,” Amara said in an interview.

After fighting on the side of Daesh for a year in Ramadi, Amara was send to Aleppo where he fought against the Free Syrian Army for more than two months. Later on he was sent to Kobani where he was eventually captured by Kurdish forces.

Recalling his time as a commander of Daesh, Amara said that Turkey helped the militants to find new members for the group. “In all time that I was in the ranks of Daesh, I never heard that the Turkish military had hampered the process of accession of new members in the ranks of the group. On the contrary, we were always told that Turkey praises Daesh and actively helps it,” Amara told Sputnik Turkiye in an exclusive interview. 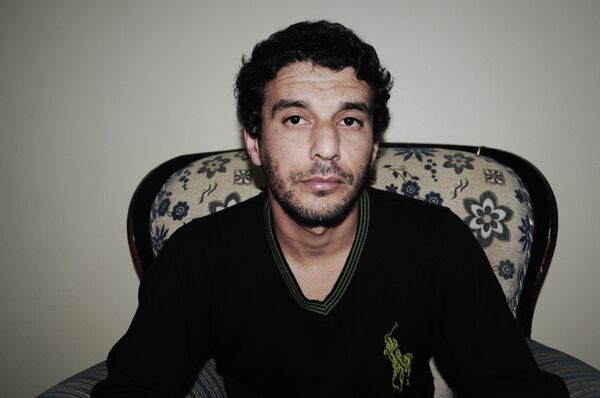 Kerim Amara shared important information regarding the release of 49 employees of the Turkish consulate in Mosul, who were held captive for 101 days by the Daesh militants.

In the summer of 2015, when there was a crisis with the Turkish consulate in Mosul, the Turkish media reported that 49 hostages were exchanged for 180 members of Daesh, who at that time were in Turkish prisons. At that time the Turkish leadership did not officially deny this information.

Kerim said that he was personally involved in the process of transfer and exchange of the 49 employees of the Turkish embassy, because at that time he was in Iraq. “We gave Turkey the Mosul consulate workers, and Turkey in turn gave us our people. The operation was organized by the secret services.”

According to Amara, Daesh sold oil to Turkey and Iraq and in return received food from Turkey and Saudi Arabia.

“During the clashes in Kobani our commander often visited Turkey. From there he brought food and other necessities. Some Daesh commanders were of Turkish origin,” Amara noted.

000000
Popular comments
U.N.G.A should hear this guy . Thru video conference. Russia should push for it. And have a weekly presentation. Russia news need more coverage in the sphere of media outlets.
cast235
29 December 2015, 20:56 GMT4
000000
I've awaited the capture of such commanders and to read the results of their interrogation. What needs verification is the veracity of his testimony; is he just telling his interlocutors what they want to hear?
karlof1
29 December 2015, 21:04 GMT2
000000
Newsfeed
0
New firstOld first
loader
LIVE
Заголовок открываемого материала
Access to the chat has been blocked for violating the rules . You will be able to participate again through:∞. If you do not agree with the blocking, please use the feedback form
The discussion is closed. You can participate in the discussion within 24 hours after the publication of the article.
To participate in the discussion
log in or register
loader
Chats
Заголовок открываемого материала
Worldwide
InternationalEnglishEnglishMundoEspañolSpanish
Europe
DeutschlandDeutschGermanFranceFrançaisFrenchΕλλάδαΕλληνικάGreekItaliaItalianoItalianČeská republikaČeštinaCzechPolskaPolskiPolishСрбиjаСрпскиSerbianLatvijaLatviešuLatvianLietuvaLietuviųLithuanianMoldovaMoldoveneascăMoldavianБеларусьБеларускiBelarusian
Transcaucasia
ԱրմենիաՀայերենArmenianАҧсныАҧсышәалаAbkhazХуссар ИрыстонИронауОssetianსაქართველოქართულიGeorgianAzərbaycanАzərbaycancaAzerbaijani
Middle East
Sputnik عربيArabicArabicTürkiyeTürkçeTurkishSputnik ایرانPersianPersianSputnik افغانستانDariDari
Central Asia
ҚазақстанҚазақ тіліKazakhКыргызстанКыргызчаKyrgyzOʻzbekistonЎзбекчаUzbekТоҷикистонТоҷикӣTajik
East & Southeast Asia
Việt NamTiếng ViệtVietnamese日本日本語Japanese中国中文Chinese
South America
BrasilPortuguêsPortuguese
NewsfeedBreaking
17:41 GMTUK Reportedly to Summon French Envoy Amid Escalating Fishing Row
17:38 GMTAssange Defense Insists Suicide Risk Persists If WikiLeaks Founder Extradited to US
17:35 GMTUS, Bahrain Join Forces to Combat Smuggling of Ancient Artifacts
17:24 GMTPoll: Over 70 Percent of Unvaccinated US Workers Ready to Quit if Required to Receive Shot
17:13 GMTUS Reportedly Plans to Use Ageing B-1 Strategic Bombers Against Russian Ships in Black Sea
17:06 GMTUK Hight Court to Take Time to Decide on Assange Extradition Appeal
17:04 GMTCelebs, Netizens Flood Twitter With Reactions, Memes After Aryan Khan Gets Bail in Drug Case
16:59 GMTFemale Afghan Student Struggles With Ethnic Tensions After Safe Evacuation to US
16:54 GMTRacine County Sheriff Claims Fraud at Wisconsin Nursing Homes in 2020 Presidential Election
16:35 GMTNorth Korea Promotes Black Swan Meat Amid Food Shortages, Report Says
16:08 GMTCapitol Riot: Why Dems' Effort to Expel 'MAGA' Lawmakers From Congress Won't Succeed at This Point
16:07 GMTFlorida Sues Biden Administration Over Federal COVID-19 Vaccine Mandates
15:56 GMTBiden Claims Democrats Have Reached 'Historic' Deal on Spending Bill
15:43 GMTEx-J&K Chief Demands Release of Students Arrested for Celebrating Pakistan's Cricket Win Over India
15:20 GMTNetizens Speculate on Whether Tim Allen Was Dropped as Buzz Lightyear For His Political Views
15:20 GMTElephants in Sunak’s Budget Room: Overlooked Problems May Disrupt UK Economic Growth, Observers Warn
15:04 GMTMessage in Hebrew: Iranian General Says Enemy Plot 'to Wreak Havoc' in Tehran Foiled
15:01 GMTCristiano Ronaldo, Georgina Rodriguez Expecting Twins: 'Our Hearts Are Full of Love'
14:47 GMTBiden Hasn’t Got a Prayer
14:42 GMTPakistan 'Won’t Allow Armed Militia' as TLP Stands Firm on Demand to Expel French Envoy