Germany Set to Cooperate With Assad, Set Up Intel Agency in Damascus 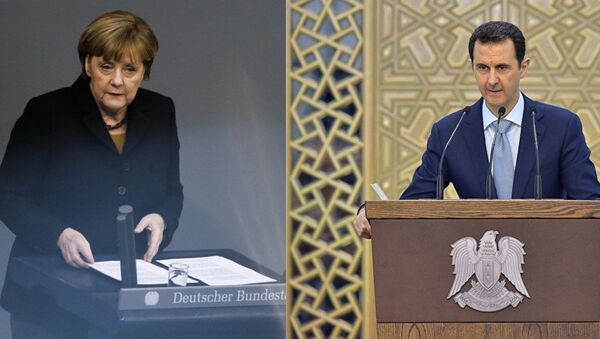 © AP Photo / Collage
Subscribe
In a dramatic move, Germany is set to become the first western nation and NATO member to break ranks and begin cooperating with Syrian President Bashar al-Assad and set up an intelligence agency branch in Damascus.

West Should Play on Assad's Terms to Defeat Int’l Terrorism – French Media
Although there has been no official announcement, anonymous sources quoted in the German Bild newspaper, confirmed that the federal government is keen to establish a branch of its Federal Intelligence Service (BND) in Damascus in an effort to counter Daesh, also known as ISIL.

The source said a decision on the move to renew ties with the Syrian intelligence agencies could be made as early as 2016 and may even involve reopening the German embassy in Damascus, which was closed in February 2012, when the German ambassador was withdrawn. The BND is reported to be anxious to quickly set up as a so-called Residentur in the Syrian capital, with a view to permanently stationing staff there.

There has been a long history of intelligence-sharing between Berlin and Damascus, which Germany believes is an important partner in the fight against radical Islamists. Diplomatic relations were broken off in 2012 when, the then Foreign Minister Guido Westerwelle, expelled the Syrian ambassador from Germany. The German ambassador to Damascus was withdrawn and the embassy closed for safety reasons. 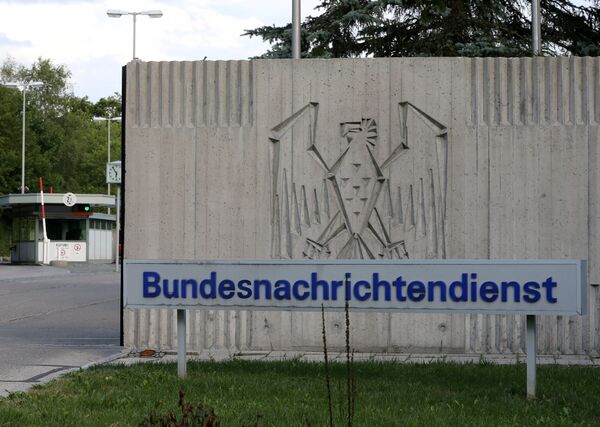 Germany has been put on high terror alert this years, following both the Charlie Hebdo attacks in January and the November 13 Paris attacks, which killed 130 people and injured hundreds more. The latter attack had links with Germany and one man was arrested in Stuttgart for allegedly supplying weapons to the Paris attackers. 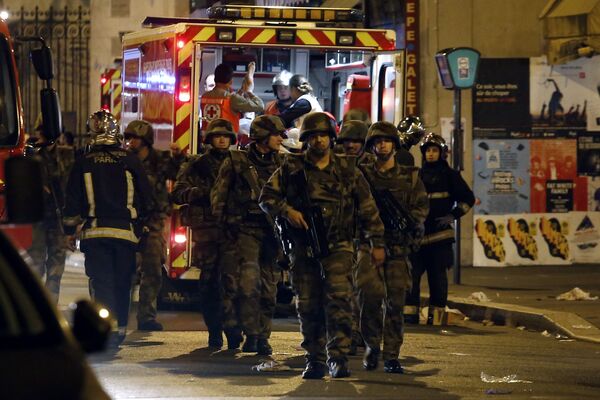 Soldiers walk in front of an ambulance as rescue workers evacuate victims near La Belle Equipe, rue de Charonne, at the site of an attack on Paris on November 14, 2015
© AFP 2022 / PIERRE CONSTANT

The threat from Daesh is now being taken very seriously by Germany, which recently voted in parliament to begin support operations with its coalition partners against Daesh in Syria and Iraq. Police arrested three Islamists believed to have planned an attack in Dortmund, and a fourth man, in Stuttgart, believed to have supplied weapons to the jihadists who carried out the Paris attacks.

The threat of terror was further brought home in September 2015 when a 41-year-old self-proclaimed Islamist was shot dead in Berlin after he severely stabbed and injured a policewoman in an incident on a public street in Berlin.

Meanwhile, security officials in Germany are interrogating a man — known only as "Harry S", a 27-year-old from Bremen — who returned from Syria where he took part in the execution by Daesh militants of six or seven prisoners. He told the officials that Daesh were recruiting Germans, training them and calling on them to carry out terrorist attacks against Germany.