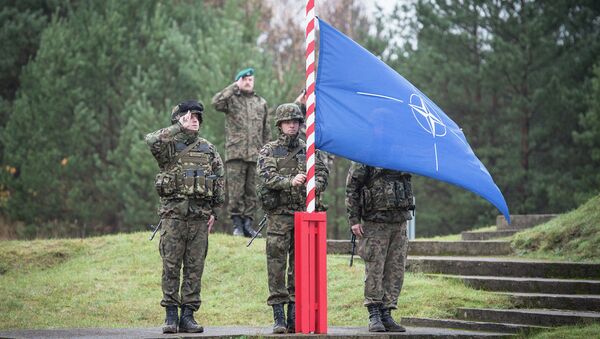 According to former US Secretary of Defense, Washington needs to be very careful in creating permanent US bases in Europe as there is always a risk of taking things too far.

WASHINGTON (Sputnik) — The United States should carefully weigh the consequences of deciding to place permanent US or NATO bases in Eastern Europe, former US Secretary of Defense Robert Gates said on Wednesday.

"There is always the risk of taking a step too far and creating the consequence that you were trying to prevent in the first place," Gates warned the Senate Armed Services Committee.

He argued that the United States must work very closely with NATO partners "in terms of the wisdom of having permanent US bases in Poland or in the Baltic States."

One Way No More: NATO Rings Alarm Over Russia’s Might in Mediterranean
Beginning in 2014, the United States and some NATO allies have openly considered increasing the alliance’s presence on Russia’s western border with permanent bases. Under NATO’s Operation Atlantic Resolve, the alliance currently has troops and equipment in Eastern Europe on a rotational basis.

Gates encouraged increased defensive patrolling in the Baltic states, as well as challenging Russian aircraft if they enter NATO airspace, and having regular NATO exercises in Eastern Europe.

Russia has repeatedly warned that permanent US or NATO bases in Eastern Europe could threaten regional and international security.