UN Trusts US to Investigate Itself, Will Hold Off on Kunduz Bombing Probe 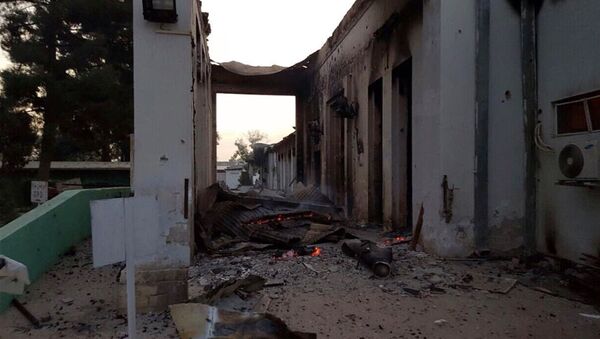 The United Nations on Monday said it would hold off on deciding whether to support an independent investigation into a deadly air strike on a hospital in Afghanistan until it sees results from US, NATO and Afghan inquiries.

On October 4, a US airstrike on a Doctors Without Borders hospital killed 22 civilians. The US military on Monday said the strike was launched after Afghan forces taking gunfire called for air support.

UN Secretary-General Ban Ki-moon has called for an "impartial" investigation, but did not say it should be carried out by the UN.

"It's still early days, I think we're waiting to see what comes out of the official U.S. and NATO and possibly Afghan investigations," he said. "I think what we're looking for is a credible and transparent investigation."

Doctors Without Borders and Zeid Ra'ad Al Hussein, the UN human rights chief have said the incident could be a war crime.

US Defense Secretary Ash Carter has promised a full investigation into the airstrike.

Under international law, the bombing would only be a war crime if it was proved that the hospital was attacked intentionally, legal experts told Reuters.

A UN investigation is unlikely at this point because the United States is viewed as capable of carrying out a credible investigation and because the incident is not viewed as part of a systematic campaign targeting civilians, diplomatic sources said. If doubts arose over the credibility of the US or NATO investigations, there might be calls for a UN probe, Reuters reported.

Doctors Without Borders, which said they had given the hospital coordinates to US and Afghan forces, has called for a "full transparent independent investigation."

Zeid Ra'ad al-Hussein on Saturday said that "if established as deliberate in a court of law, an air strike on a hospital may amount to a war crime."