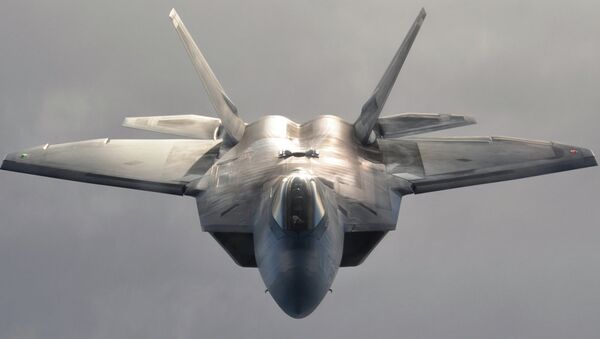 Two advanced US Air Force F-22 Raptor tactical fighter jets landed in an Estonian airbase for the first time on Friday, the General Staff of the Estonian Defense Forces said.

US Deploys Two Predator Drones to Latvian Air Base
TALLINN (Sputnik) – The F-22 jets landed at the Amari airbase, near Tallinn, jointly operated by the Estonian Air Force and NATO, to become acquainted with the technical capabilities of the airbase.

"The jets of such class [stealth aircraft] are deployed to the most technically advanced airbases, and today's landing of F-22 planes is a recognition of Estonian Air Force's professionalism," Commander of the Air Force Col. Jaak Tarien said.

In late August, four F-22 jets arrived in Germany with 60 servicemen from a US Air Force squadron. The deployment of the advanced aircraft is part of the European Reassurance Initiative to increase security between NATO allies and partners in response to what US defense officials have characterized as threats from Russia.

The F-22 Raptor is the only fifth-generation fighter jet in the world that is fully operational, according to the aircraft manufacturer Lockheed Martin. The jet includes advanced stealth technology and highly-integrated computer systems.