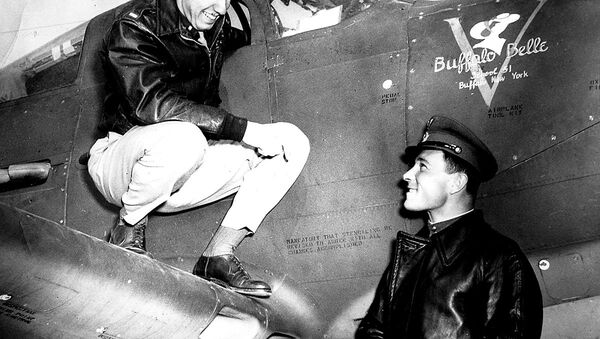 © bravo369.net
Subscribe
International
India
Africa
A group of Russian and American aviation enthusiasts flying Second World War-era aircraft retraced the historic Alaska-Siberia air route used to ferry American warplanes to the USSR under Lend-Lease, arriving in Fairbanks, Alaska over the weekend. A pair of their aircraft is set to fly on to Moscow via Siberia.

US Planes Fly Historic Route to Siberia To Celebrate Joint Victory in WWII
The city of Fairbanks historically served as the checkpoint where American pilots would hand US-built fighters, bombers and transport planes over to their Soviet counterparts, who would then fly them to the Siberian city of Krasnoyarsk, from where the planes would get distributed to the front lines. Between 1942 and 1945, nearly 8,000 aircraft were sent to the Soviet Union via the 9,700 km Alaska-Siberia air route. 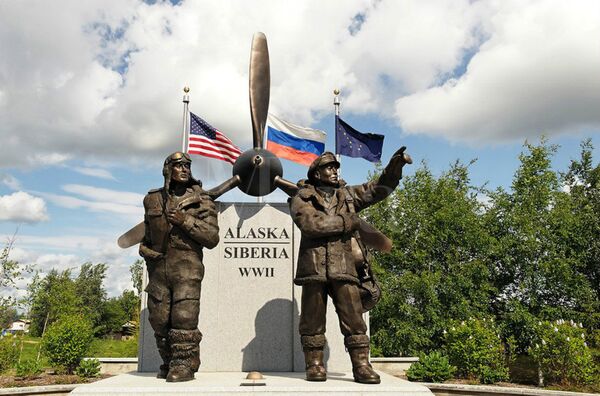 The Lend-Lease monument in Fairbanks was created by famous Alaskan sculptor Richard Wallen. Opened in the summer of 2006, it features two pilots –one Soviet and one American, looking confidently toward the sky.
© bravo369.net

World
Historic Event: US Ambassador to Russia Sings Legendary Soviet Song
Speaking to Alaskan media about the event, Lang commented that "after flying the route, you have a whole new appreciation for what these people did during the Second World War. They did not have the survival gear that we have, they did not have the modern avionics that we have or the creature comfort of most of the stops." The pilot noted that the historic ALSIB route continues to have great significance for many Russians and Americans, and that the Soviet-American partnership of the war era is something worth remembering for future generations. 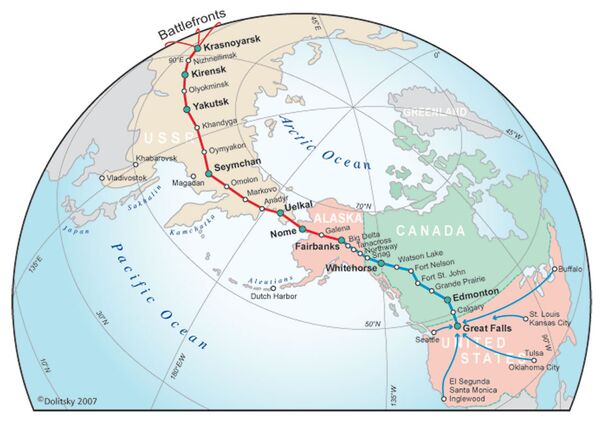