Subscribe
Following assurances that the US is prepared to act in the South China Sea if necessary, the new US commander of the Pacific Fleet spent his weekend aboard a controversial spy plane, taking a tour of the disputed waterway.

In February, the Pentagon began to launch its P-8A Poseidon spy plane out of military bases in the Philippines. The most advanced surveillance aircraft in the Pentagon’s arsenal, the Poseidon is also capable of conducting both anti-submarine and anti-surface warfare.

Monitoring operations over the South China Sea have understandably upset the Chinese government. Foreign Ministry spokeswoman has urged the United States to "remain rational" and to stop "making ill-conceived acts."

But Washington has shown no sign of drawing down its surveillance operations in the region, and on Saturday, the new US commander of the Pacific Fleet, Adm. Scott Swift, personally flew aboard a seven-hour monitoring flight over the South China Sea.

According to US Navy Capt. Charlie Brown, a Pacific Fleet public affairs officer speaking to the Associated Press, Swift "was pleased with the capabilities of the Poseidon." 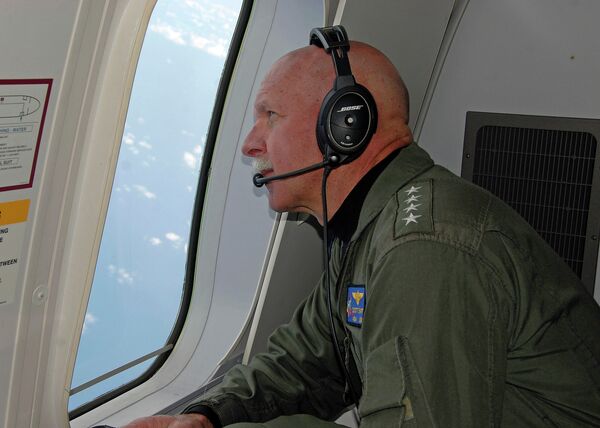 Beijing lays claim to most of the highly contested South China Sea, but there are overlapping claims by Indonesia, the Philippines, Brunei, Malaysia, Singapore, Taiwan, and Vietnam. Nearly $5 trillion in trade passes through the waterway annually.

Despite the fact that the United States has no official claim in the region, it has expressed concern repeatedly over Beijing’s construction of artificial islands in the Spratly archipelago. While the Chinese government has repeatedly assured Washington that the islands are largely meant for humanitarian purposes, the US has encouraged Pacific allies to increase military pressure on China and conducted a series of military exercises with regional partners.

In May, a Poseidon reconnaissance plane entered China’s military alert zone over Beijing’s islands and received 8 warnings from the PLA Navy to turn back. It was deemed "provocative behavior" by the Foreign Ministry, as China believed the plane to be gathering intelligence on Beijing’s island construction.

"Freedom of navigation and flight by no means indicates that foreign naval ships and planes can ignore the legitimate rights of other countries, and endanger sea and air travel," Foreign Ministry Hua Chunying told reporters at the time. 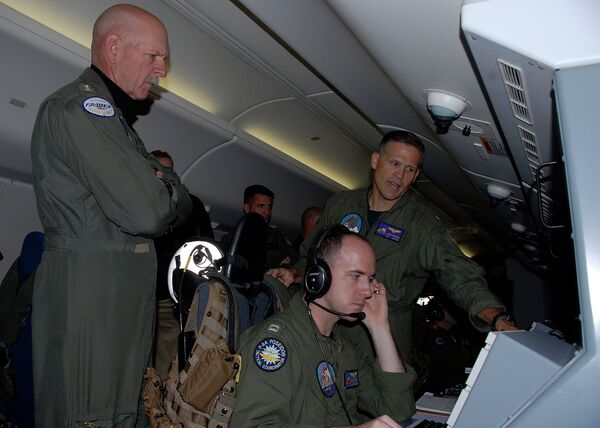 Swift’s weekend flight followed a trip to Manila last week, where he assured Philippine officials that the United States was prepared to act in the South China Sea should conflict erupt.

"[I am] very satisfied with the resources that I have available to me as the Pacific Fleet commander," Swift told reporters on Friday. "We are ready and prepared to respond to any contingency that the president may suggest would be necessary."

"The United States has been very clear that it does not support the use of coercion and force," he added, while at the same time the Pentagon refocuses its naval strength into the Pacific.

"Militarily, we are nothing against China," he said, according to the AP. "That’s why we have been asking our allies to assist us."

In an effort to replace its aging fleet of P-3 Orion aircraft, the Navy plans to purchase a large number of P-8A Poseidons. It has given no indication of how many will be stationed in the South China Sea region.