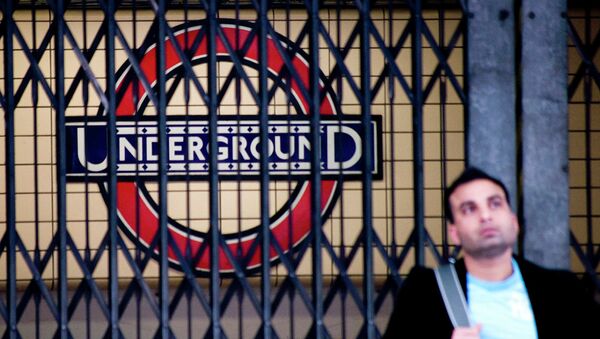 Since the start of the London tube strike on Wednesday, Uber fares in the capital have increased by 300 percent, raising its minimum fare to $22.30. The company says it’s to encourage more Uber drivers onto the roads.

But some commuters, who may have initially though plucking for an Uber was a good alternative on London’s biggest tube strike for 30 years, have accused the firm of daylight robbery.

According to Uber’s website, "prices increase to encourage more drivers to become available" and motivate people to share a taxi to reduce the fare.

Why's everyone up in arms over Uber pricing during #TubeStrike. Pricing model based on supply & demand is nothing new! Just ask the airlines

"Do your bit for your fellow Londoner," it said in a statement. "Share your journey with a friend of a colleague. There are a whole three seats going spare if it’s just you and your driver travelling.

"Organize to share and Uber with a friend or a colleague. You can split the fare in and app and you’ll be freeing up a car for another commuter. It’s win-win!"

During last year’s London tube strikes, Uber reported a four-fold surge in demand for cars compared to a normal weekday.

This is going to be fun, it hasn't even started! #Uber #TubeStrike pic.twitter.com/8TOxDq6HBB

And commuters seem prepared to pay the charge — London’s main routes into the city have already become deadlocked. London’s tube staff are striking over a dispute over pay and conditions ahead of the all night tube services planned to start in September.

Meanwhile Mayor Boris Johnson says he hopes black cabs join Uber and use the strike to cash in as rush hour approaches and millions of Londoners face the misery of getting home… or getting ripped off.