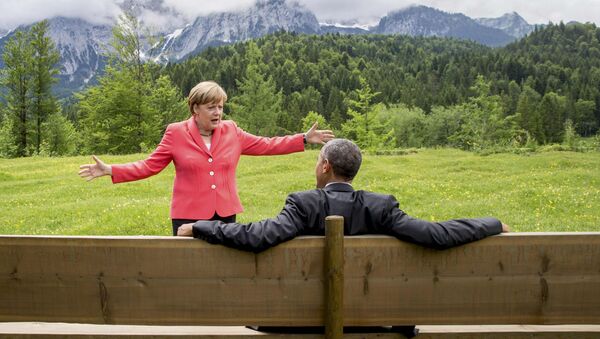 © REUTERS / Michael Kappeler
Subscribe
Only days after it was revealed that the NSA conducted massive economic espionage against France, new WikiLeaks documents reveal that the US and British governments bugged German Chancellor Angela Merkel and other officials during discussions of the Greek financial crisis.