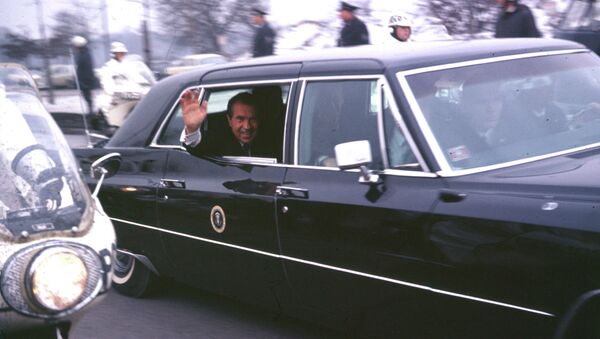 © Flickr / Maharepa
Subscribe
International
India
Africa
On the anniversary of one of the most explosive political scandals in American history, let Sputnik guide you through ten of the most shameful, shocking, deplorable embarrassments to ever rock Washington DC.

Gaffes, Laughs, and Calves: The Real Highlights of the State of the Union
In its nearly 240-year history, America has seen its share of political sideshows. Some were minor: former US Representative Anthony Weiner’s sexting habits, the cost of John Edwards’ haircut, Aaron Schock redecorating his Congressional office to look like the set of Downton Abbey. Others have become part of the national zeitgeist. Stories of the Boston Tea Party, Alexander Hamilton’s duel to the death with Aaron Burr, George Washington chopping down that cherry tree, all occupy a special place in a shared American story.

But none have become quite so grandiose as Nixon’s great con on the American people, which occurred 43 years ago Wednesday.

In 1972, Bob Woodward and Carl Bernstein, two reporters for the Washington Post, were contacted by an FBI informant known only as "Deep Throat." Later identified as the Bureau’s associate director Mark Felt, he helped bring to light one of the most astonishing presidential scandals in US history, ultimately leading to the resignation of Republican President Richard Nixon. 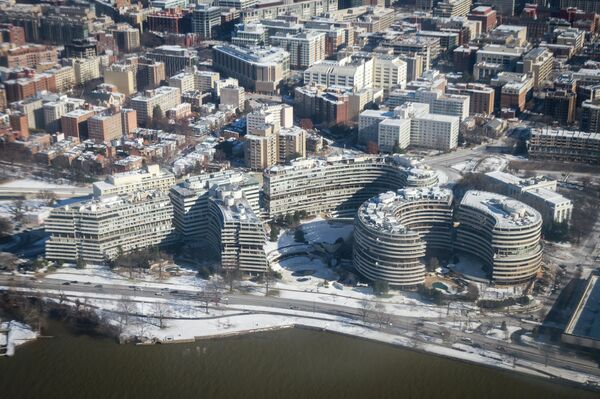 On June 17, 1972, five men were arrested after breaking into the Democratic National Committee at the Watergate office complex. Deep Throat unveiled a high-level cover-up which, once unraveled, revealed that the five men were paid by the Committee for the Re-Election of the President. Nixon’s involvement in the affair was proven when the Supreme Court got its hands on the president’s infamous tape recordings.

"…People have got to know whether or not their president is a crook," Nixon said during a press conference. "Well, I’m not a crook. I’ve earned everything I’ve got."

Prior to the Iraq War, Vietnam was America’s most controversial military entanglement. It divided the nation, gave rise to US counterculture, and spawned war protests across the country. The Pentagon Papers, revealed in 1971, showed that the United States’ largely unsanctioned involvement in Vietnam was even worse than publicly acknowledged. Uncovered by Daniel Ellsberg, the documents disclosed Washington’s secret expansion of the conflict, conducting bombing raids in neighboring Cambodia and Laos, and showed that the Johnson administration had "systematically lied, not only to the public, but also to Congress," according to the New York Times.

Erupting during the Reagan administration, this scandal involved senior US officials secretly conducting weapons sales to Iran in the midst of an arms embargo against the nation. The plan was concocted to secure the release of American hostages in Iran, causing outrage that the White House was exchanging guns for people. On top of everything, money earned from the sales was then diverted to fund rebel groups in Nicaragua. 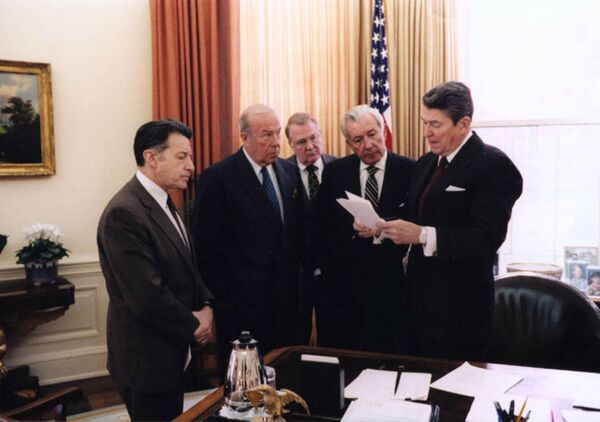 President Ronald Reagan goes over his remarks on the Iran-Contra Affair in the Oval Office.
CC0 / /

Possibly the most explosive sex scandal in history, President Bill Clinton’s affair with White House intern Monica Lewinsky essentially overshadowed the second term of his presidency, and the whole affair led to national debates about the exact definition of "sex." After Clinton denied having "sexual relations with that woman," House Republicans brought out the infamous blue dress, and Clinton was impeached but found not guilty during a trial in the US Senate for perjury and obstruction of justice. 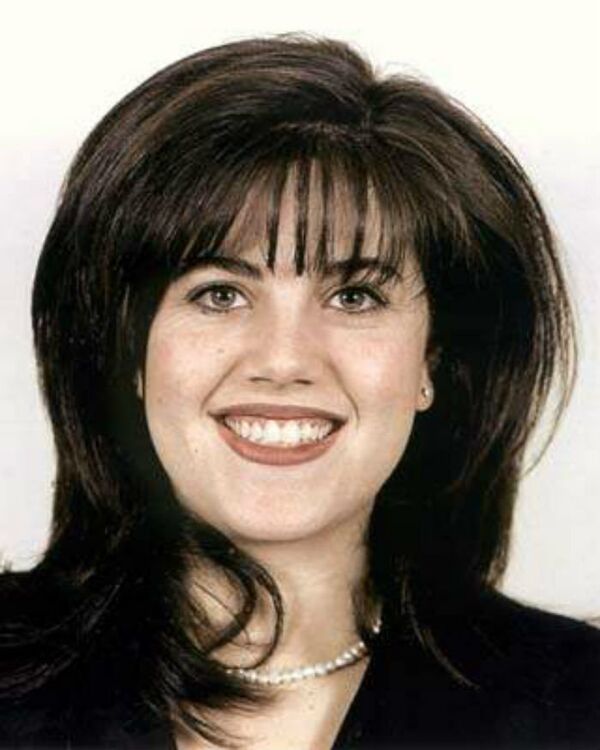 In the close-knit 2000 presidential election race between George W. Bush and Al Gore, it all came down to Florida. Media agencies first called the election for Gore, then Bush, but after going all the way to the Supreme Court, George Bush became the 43rd President of the United States.

Many found the Supreme Court’s decision shockingly partisan, and pointed out a number of flaws in the counting process. Gore ultimately withdrew from the race, though said he disagreed with the court’s decision. If Gore had become president, who knows. Maybe the next three scandals in our list would have been avoided.

In the lead-up to the Iraq invasion, US diplomat Joseph Wilson published a column in the New York Times which was critical of justifications for the Iraq War. Shortly after, journalist Robert Novak wrote a column citing "two senior administration officials." As political payback, the Bush administration outed one of those anonymous officials as CIA officer Valerie Plame – Wilson’s wife.

The proceeding criminal investigation led to the conviction of the Vice President’s Chief of Staff, though President Bush ultimately commuted his sentence.

Before the Bush II administration could convince Western allies to invade Iraq, it had to convince them that the regime of Saddam Hussein posed a threat. To do that, Washington presented evidence that Saddam was harboring weapons of mass destruction. The problem: those weapons didn’t exist. Several major media networks, including the Washington Post and the New York Times, published articles pushing the administration’s "evidence." Twelve years after the invasion, the WMD’s have yet to be found.

The Iraq War proved immediately controversial after photos surfaced from the Abu Ghraib prison in Iraq. The disturbing photographs showed US military personnel abusing inmates. The violations included torture, rape, and even murder. Initially played down by the Bush administration, the incident was an early indicator of the human rights abuses conducted in the name of the War on Terror. 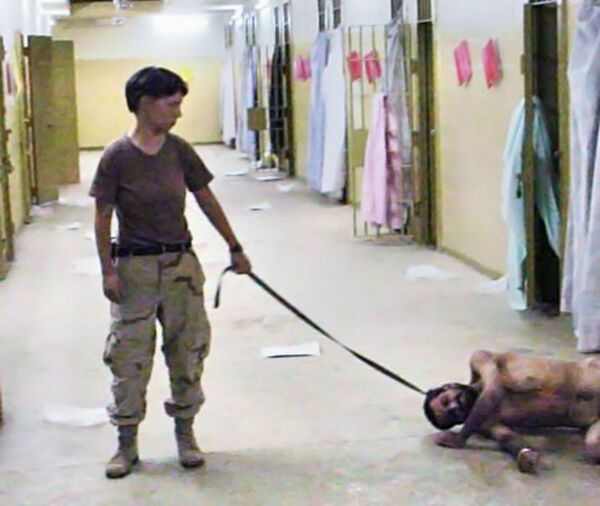 Specialist Lynndie England abusing an inmate in Abu Ghraib. England was sentenced to three years in prison and dishonorably discharged from the Army.
© Public Domain

An international non-profit founded by Julian Assange, WikiLeaks made headlines by assisting whistleblowers in publishing incriminating government secrets. In 2010, the website released video from the US invasion of Iraq, showing an Apache helicopter gunning down civilians. This video, as well as hundreds of other classified cables, were allegedly provided by Army Private Chelsea Manning, who is currently serving a 35-year sentence in a military prison.

Assange is currently avoiding potential US criminal charges by seeking refuge in the Ecuadorian embassy in London.

Snowden is currently in exile in Russia, avoiding extradition to the US, where he too could face criminal charges.

As we enter the 2016 presidential elections, with Jeb Bush and Hillary Clinton being the dynastic frontrunners, one can only imagine the scandals that could arise next. Stay tuned!