Faster Than Light: China's Hypersonic WU-14 Getting on Pentagon's Nerves 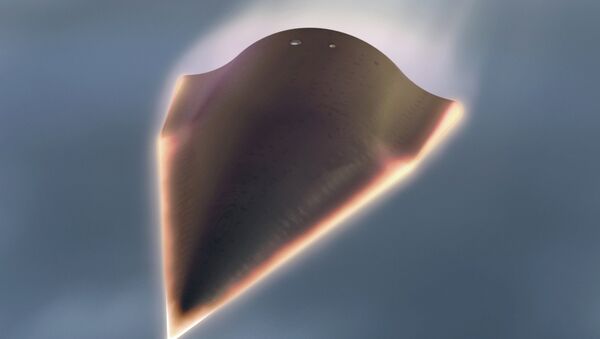 © AP Photo / DARPA
Subscribe
International
India
Africa
China's new hypersonic weaponry may have the potential to neutralize US strategic missile defenses due to its unparalleled capability of maneuvering to avoid tracking by radars and interceptors, military expert Franz-Stefan Gady emphasized.

Invisible No More: US Stealth Subs to Lose Unbeatable Advantage
Beijing has recently conducted a fourth test of its hypersonic glider vehicle (HGV), called WU-14 by the Pentagon, which is purportedly aimed at overcoming US missile defense; the distinguishing feature of this test is that the WU-14 has performed so-called "extreme maneuvers," US expert in civil-military relations and cyber diplomacy Franz-Stefan Gady elaborated.

The WU-14, which is capable of delivering either conventional or nuclear warheads, was launched into space by an intercontinental ballistic missile (ICBM) booster, and then returned to Earth's atmosphere, gliding at up to Mach 10 speed (around 7,680 miles per hour).

Russian Military Aircraft Flew Over NATO Warships in Baltic Sea - Media
During the gliding phase the WU-14 HGV is conducting "extreme maneuvers" in order to evade interception and at the same time extending the range of the missile.

Unlike conventional "reentry vehicles" which go down through the atmosphere "on a predictable ballistic trajectory," a hypersonic glider is virtually impossible to intercept by conventional missile defense systems, the expert explained.

To Send or Not to Send: US Undecided on Putting Heavy Weapons in E Europe
Citing US defense and national security reporter Bill Gertz, the expert suggested that the WU-14 "threatens to neutralize US strategic missile defenses with the unique capability of flying at ultra-high speeds and maneuvering to avoid detection and tracking by radar and missile defense interceptors."

However, US high-ranking military officials have yet neither confirmed nor denied that the W-14 HGV pose a threat to US domestic missile defense systems.

"I suspect that the HGV is intended more for anti-ship or other tactical purposes than as a strategic bombardment system against American cities," Dean Cheng of the Heritage Foundation remarked as cited by the expert, "An HGV might help resolve difficulties of hitting maneuvering targets with a ballistic missile."

Still, Franz-Stefan Gady underscored that the development of such an anti-ship HGV by China could take up to 20 years, due to a number of technical challenges.

"For now, this is good news for the United States Navy which apparently will have difficulties fielding one of the most effective countermeasures to HGVs — directed energy weapons systems — for some time," the expert pointed out.