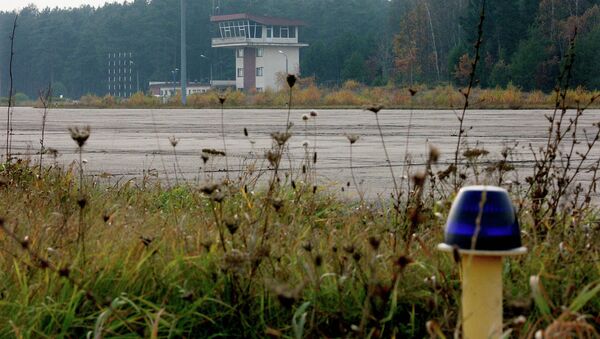 In light of the Senate Torture Report’s findings that CIA officials interrogated prisoners within its borders, Poland has been conducting its own investigation into Washington’s misdeeds. But according to Polish prosecutors, the US is refusing to cooperate, withholding key information on what, exactly, the CIA did in its "black sites."

When the Senate Intelligence Committee released its Torture Report – the results of its investigation into the CIA’s enhanced interrogations procedures – last December, it revealed a number of secret prisons operated across the globe. Within these "black sites," CIA operatives abused al Qaeda suspects through waterboarding and forced rectal feeding, among other grisly practices.

The version of the report released to the public was heavily redacted, reducing a 6,000-page document to a mere 525 pages. The public report did, however, allude to the location of one of the CIA’s prisons existing in a forest in northern Poland.

To aid its own criminal investigation, Polish authorities have requested an unredacted copy of the report from the US Justice Department. So far, that request has gone ignored.

"The US side did not send Poland a full version of the report…despite our written request," Piotr Kosmaty, a representative of the Appellate Prosecutor’s office in the city of Krakow, told Reuters.

"We have not received any legal assistance from the American side," he added.

Failing to receive a reply from Washington, the Polish government has also filed complaints with the Council of Europe. According to documents, Warsaw had sent six requests to the DOJ under a treaty on mutual legal assistance.

"The first one of those applications was refused and the other five were not even answered," the complaints read.

The US State Department has also avoided discussion about the legal requests. Both Victoria Nuland, assistant secretary at the State Department, and Eric Holder, then-US attorney general, skirted questions about the Torture Report when meeting with Polish officials over the past year.

This could have something to do with the fact that the White House has resisted any efforts to hold individuals accountable for the atrocities committed. As such, it is refusing to cooperate with European allies pursuing their own measure of justice.

Amnesty International considers that an unacceptable position for the United States to maintain.

"For any partner of the US government in these operations, they should be sent the full, unredacted [Senate] report," Julia Hall, a counter-terrorism expert with Amnesty, told Reuters.

"They have a right to information. That is information which potentially could help them with their investigation."

Still, others suggest that the Polish government may only be attempting to save face now that the CIA’s actions have come to light and caused a global outcry.

Last December, former Polish President Aleksander Kwasniewski admitted to knowing about the facility, but thought any individual associated with the site – including detainees – was there voluntarily.

Earlier this year, the European Court of Human Rights found Poland guilty of breaching international law by hosting the black site. In response, the Polish government was forced to pay nearly $300,000 in damages to two men tortured on its soil.