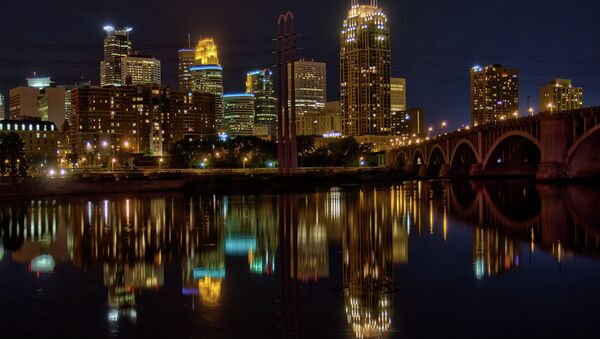 Amid reports of US federal aircraft flying mysterious flight paths over American cities, new sightings of a strange, low-flying plane over Minneapolis has reinvigorated suspicions of government surveillance.

On Thursday night, more unexplainable flights were observed over the Twin Cities.

Using the same flight tracking website, Zimmerman traced the flight to a small Cessna, call sign N361DB, which is registered to LCB Leasing. That company is based out of Bristow, Virginia, thought the state has no record of its existence.

Earlier investigations by the American Civil Liberties Union and others have pegged LCB Leasing, and other mysterious companies, as fronts owned by the federal government. The ACLU is currently awaiting its Freedom of Information Act requests to confirm what it strongly suspects: that these planes are outfitted with high-definition video surveillance known as ARGUS, previously tested by the police department of Dayton, Ohio. 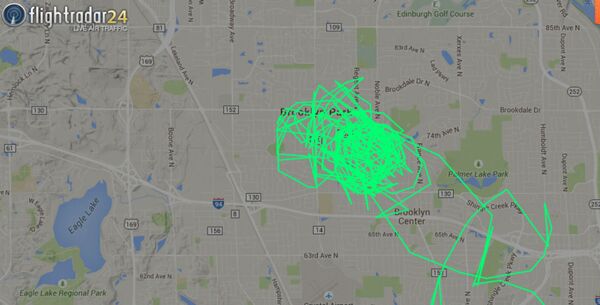 So powerful that they’re able to thoroughly track multiple targets on the ground without the consent – or even awareness – of those on the ground. The ARGUS tests managed to monitor a triple-robbery suspect as he moved across the city.

The technology has also been used – admittedly – by the FBI during the Baltimore protests last month. The Baltimore Sun reported sighting of small aircraft circling high above the city, in what the bureau later confessed was a part of reconnaissance operations.

The FBI declined to comment on the latest sightings over Minneapolis. Local police agencies told the Star Tribune they had no knowledge of the flights.

After witnessing the flights and identifying the plane owned by LCB Leasing, he began combing through FAA records. Using the call signs for the planes spotted over various cities, he searched for images and noticed that the aircraft had “external pods” attached to their undersides. Those attachments are not typically seen on small aircraft, and could potentially house surveillance equipment.

"Why don’t we just say these are official things, rather than clouding them in three-letter contract companies?" Zimmerman asked. "I would feel better if these guys just flew the colors. I think we would all be better off."