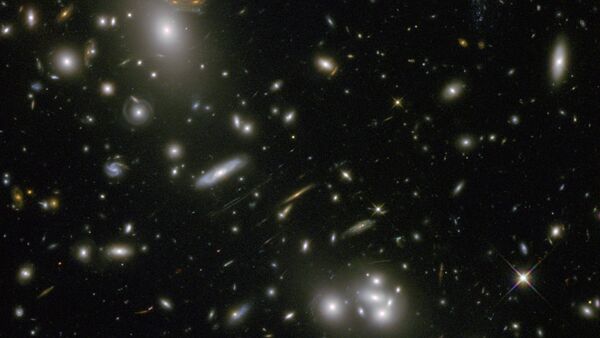 Advances in telescope technology is allowing scientists to gradually peer deeper into the universe’s furthest frontiers, and further back in time. An international team has now discovered EGS-zs8-1, the most far-flung galaxy known to man.

Light is the fastest thing in the universe, traveling an astonishing 186,282 miles per second. But even at that speed, light can be surprisingly sluggish in terms of the broader cosmos. Given that the universe is an estimated 13.8 billion years old, many of the furthest stars can’t even be observed from Earth, since the light hasn’t had time to make the journey.

But a team of astronomers from Yale University and the University of California at Santa Cruz has used one of the most powerful telescopes on the planet to observe one of the oldest, most distant galaxies.

EGS-zs8-1, discovered by the Hubble Telescope, is a particularly bright galaxy over 13 billion year in the past. Because of its distance, we are observing the galaxy at it existed at that time, rather than its present reality. 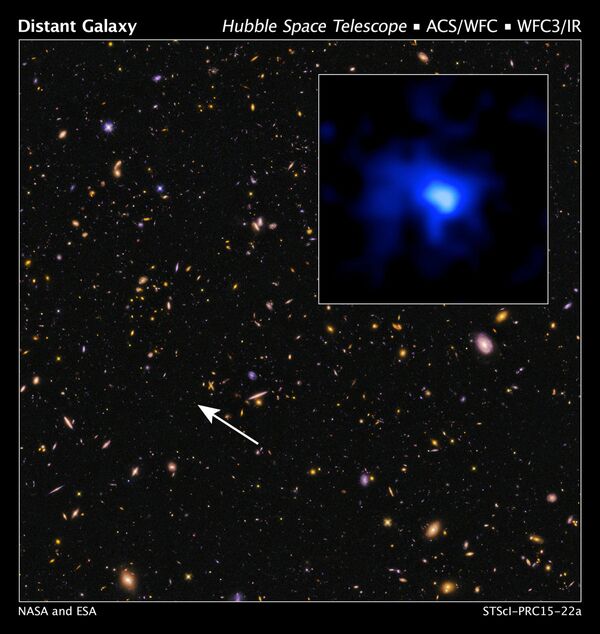 EGS-zs8-1, as photographed by Hubble
© NASA

"It has already built more than 15% of the mass of our own Milky Way today," said Pascal Oesch, lead author of the study published in the Astrophysical Journal Letters. "But it had only 670 million years to do so. The universe was still very young them."

At this time, 13 billion years ago, the early universe was undergoing a crucial phase, which the new galaxy’s discovery helps scientists understand. Hydrogen was transitioning from a neutral state to an ionized state.

"It appears that the young stars in the early galaxies like EGS-zs8-1 were the main drivers for this transition, called reionization," said Rychard Bouwens, the study’s co-author.

"Every confirmation adds another piece to the puzzle of how the first generations of galaxies formed in the early universe," Pieter van Dokkum, second author of the study, added. "Only the largest telescopes are powerful enough to reach these large distances."

EGS-zs8-1 also represents a significant step in scientists’ ability to accurately measure massive cosmic distances. The MOSFIRE instrument, part of the W.M. Keck Observatory in Hawaii, allows those astronomical calculations to be made.

"Our current observations indicate that it will be very easy to measure accurate distances to these distant galaxies in the future with the James Webb Space Telescope," co-author Garth Illingworth said. "The result of JWST’s upcoming measurements will provide a much more complete picture of the formation of galaxies at the cosmic dawn."

Once the James Webb Telescope is launched in 2018, its efforts, combined with the Keck, Hubble, and Spitzer telescopes, could allow us to peer even closer to the time of the Big Bang.